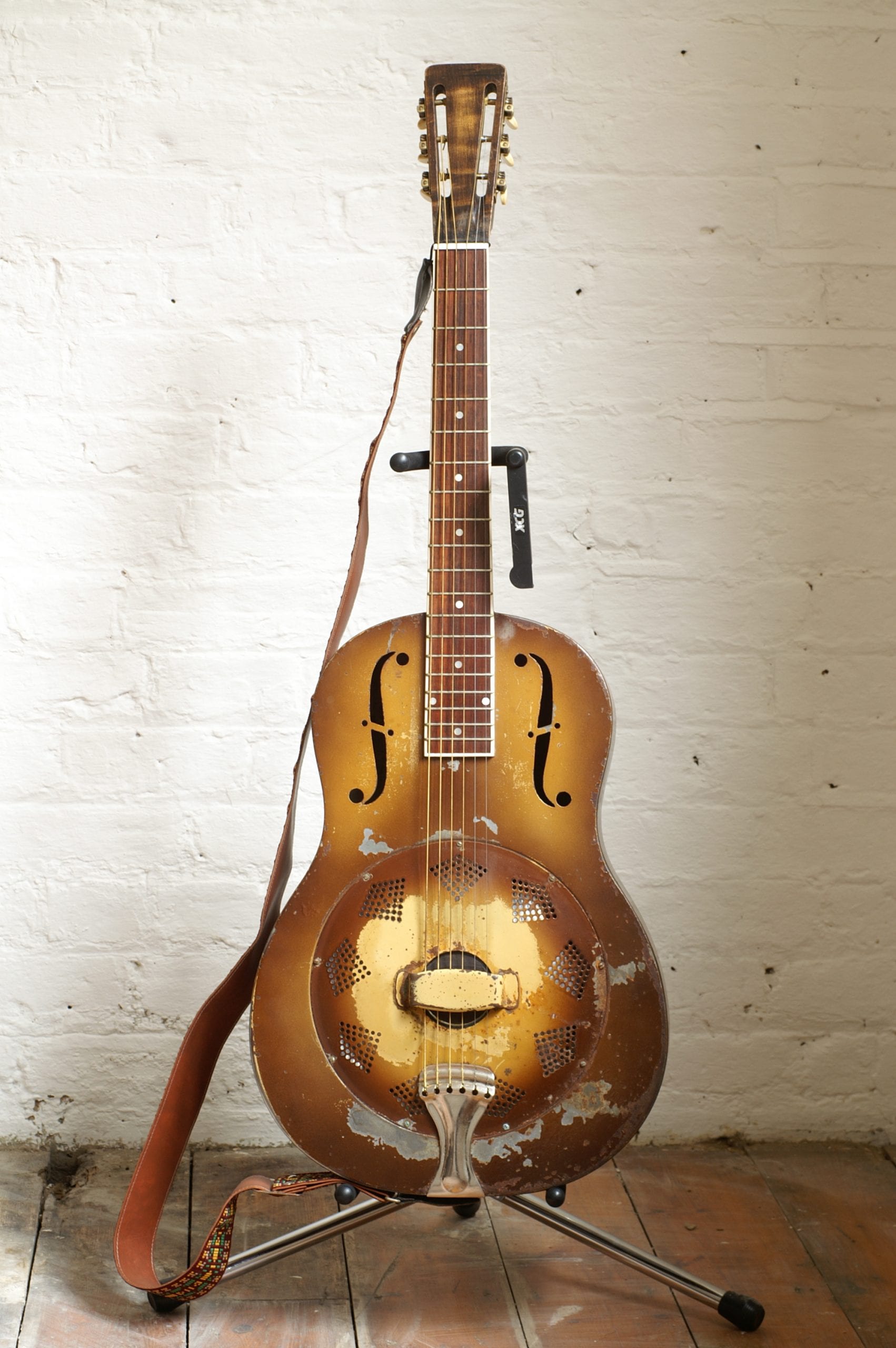 Rory bought this National while on tour in the US in 1973, it’s most recognisable on his performance of ‘As The Crow Flies’ from the Irish Tour film and album and was used by Rory on most acoustic slide numbers.

“I got it from a guy in the States. You get these traveling guitar salesman going round there. I got it for a very reasonable price — about £100 or something. I feel it sounds better than the steel-fronted model. The only disadvantage is that the Dobros and the Nationals with the two or three resonators join at the 14th fret and mine joins at the 12th, but it’s something that you can live with. It’s got more of a banjo sound and it’s got the old classical machine heads. It had the old wooden bridge so I had that changed to an ivory or some other kind of bridge by Chris Eccleshall. The resonator caved in, believe it or not, so I had that beaten out again. I’ve got another one on order just in case, but it’s the old problem — of wanting to play slide whereupon you need heavy strings and then you get the urge to play something different and you want to use lighter strings. But I never worry because it’s very rarely that you find a number when you want to play that bendy. The National is really good ‘though, even for a beginner to pick it up and play it, it almost plays you. I can tell you, it brings power to your hands, you move from that neck to the Strat and it’s like running your hand across a jelly.”

“It’s a National Duolian from 1932. I got that in America and it’s a superb guitar. I had to put a new fretboard on it because it got so old that it was going dipping here and there, and the resonator caved in one night on a flight on a plane. Luckily, a guy in the south of England had a load of 1930s diaphragms (Lochblenden), these round things – I think that’s what they call them, and replaced it. So I used it on “Empire State Express”. Actually, I recorded that in the drum booth. I sat down where the drummer would sit and we used the drum mikes which have a different character. So I made it as responsive as possible.”