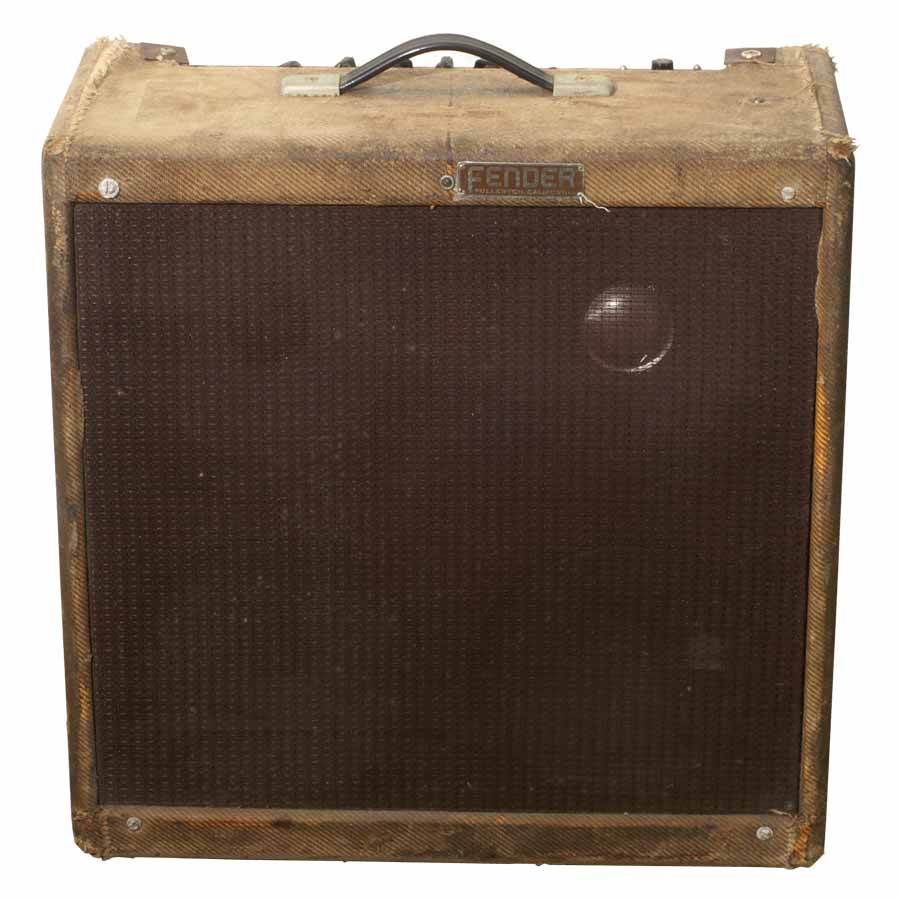 “It’s a Fender Bassman with four ten inch speakers as opposed to two twelve inch ones. Buddy Holly had one.” September 1974 http://www.roryon.com/mw339.html

“Well, I’ve still got the Fender Bassman amp with four 10 inch speakers.  I’ve got a spare Fender Twin, which has two 12 inch speakers, but it’s the old style without the reverb.  That’s in case the Bassman breaks down, but I kinda like the Bassman tone.” February 1976 http://www.roryon.com/inter.html

Rory in 1975 at the Ulster Hall in Belfast, with the back of the Bassman and the Hawk Booster on show