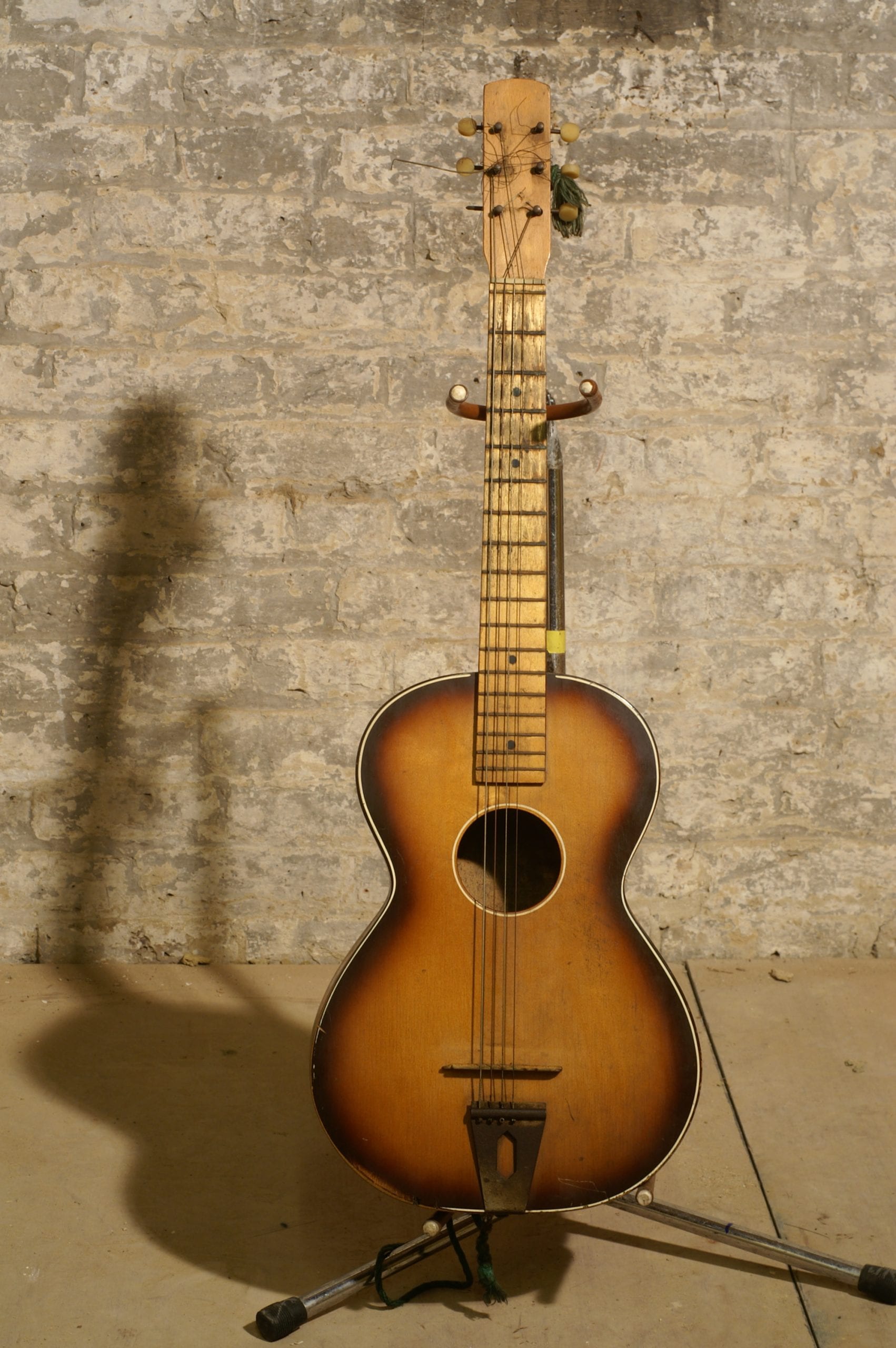 Rory’s first guitar which he played from the age of 9 at talent contests across his hometown of Cork City, Ireland.

“I’ve still got a three-quarter size guitar I had when I was nine.  It was in my grandmother’s attic for years and I’d forgotten about it.  I had a piece of a school ruler on it in place of a bridge.  I did that because I used to play it for hours and hours and my fingers would start to blister like mad.  The only strings you could buy in those days were heavy gauge, so I tried to shave the bridge down but I didn’t have enough sandpaper, so I stuck a piece of a ruler on instead of the bridge.  The only trouble was that if you hit it really hard, it would fall over (laughs).”

Rory around 1960 taken at the Irish Examiner newspaper offices.