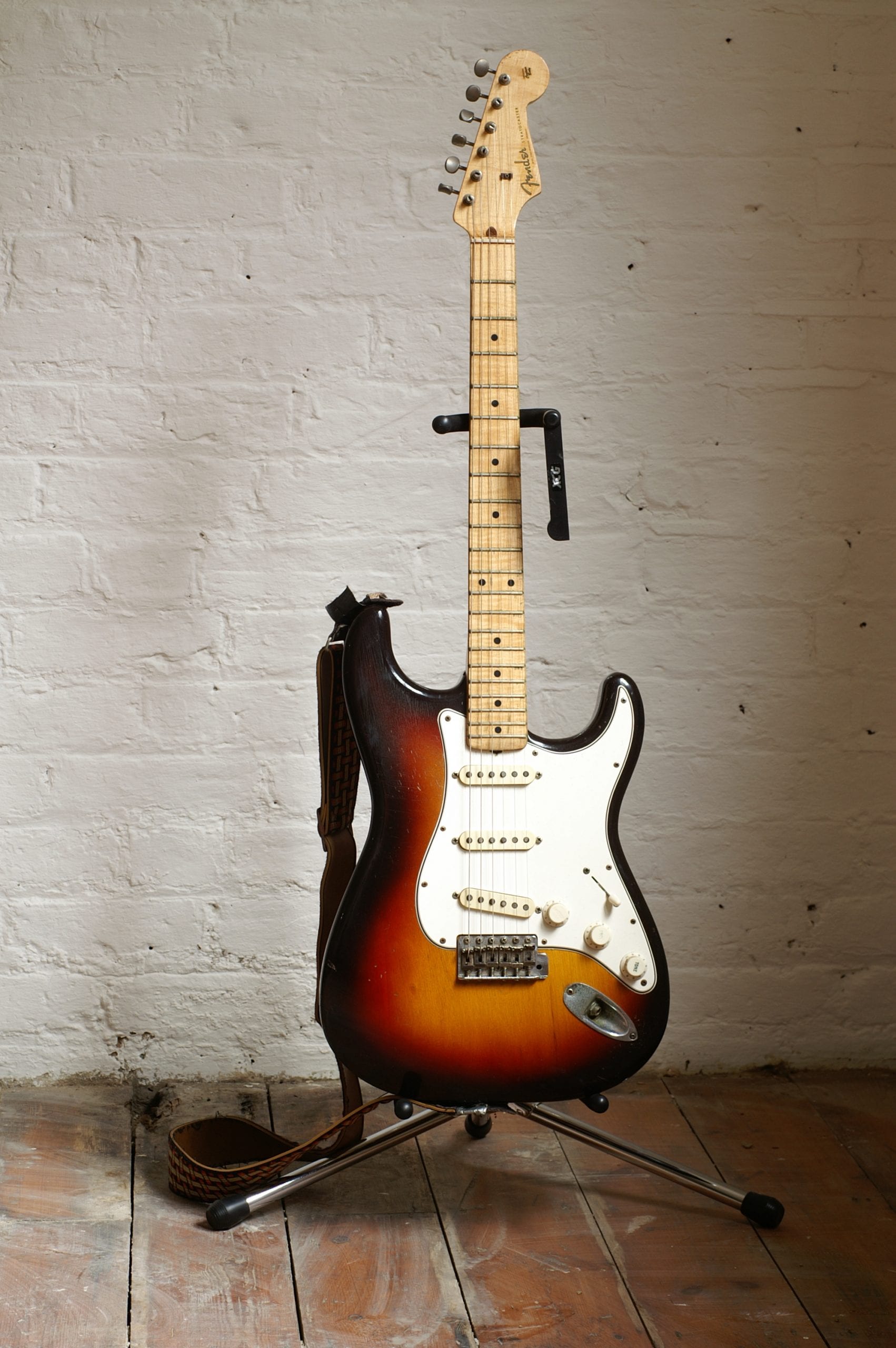 Rory’s No.2 Fender Stratocaster which he purchased while on tour in the US in early 1976, which he used mainly in the studio.

“I have just bought a new Stratocaster, also second-hand, it looks newer, but it is older than the one I already had. This one is from ’58.”

“I have a ‘57 with me on the road, which is a three-color sunburst I got in Memphis off a guy named Robert Johnson, of all names. He’s an incredible guitar player. I use that in the studio sometimes.”

The Wearing of The Blues by Vivian Campbell, Guitar for the Practicing Musician, August 1991

Rory with his No.2 Strat in Germany 1987, photo by Wolfgang Guerster.

“I have a ‘57 Strat as prime back up (note: Rory’s original Stratocaster is a ‘61 model). Actually, I’m starting to use the ‘57 model a lot more these days because it allows me to be a bit more precise.”

“This is a kind of Albert King thing. Guitar was a three tone sunburst ’57 Strat I rarely use. I’ve put heavier frets on it, and neutered the middle tone control. It’s a very Buddy Guy Strat with a maple neck. Rosewood necks always sound a bit more mellow than maple. You get a different tone tension from a maple neck; maple necks are more snappy.”