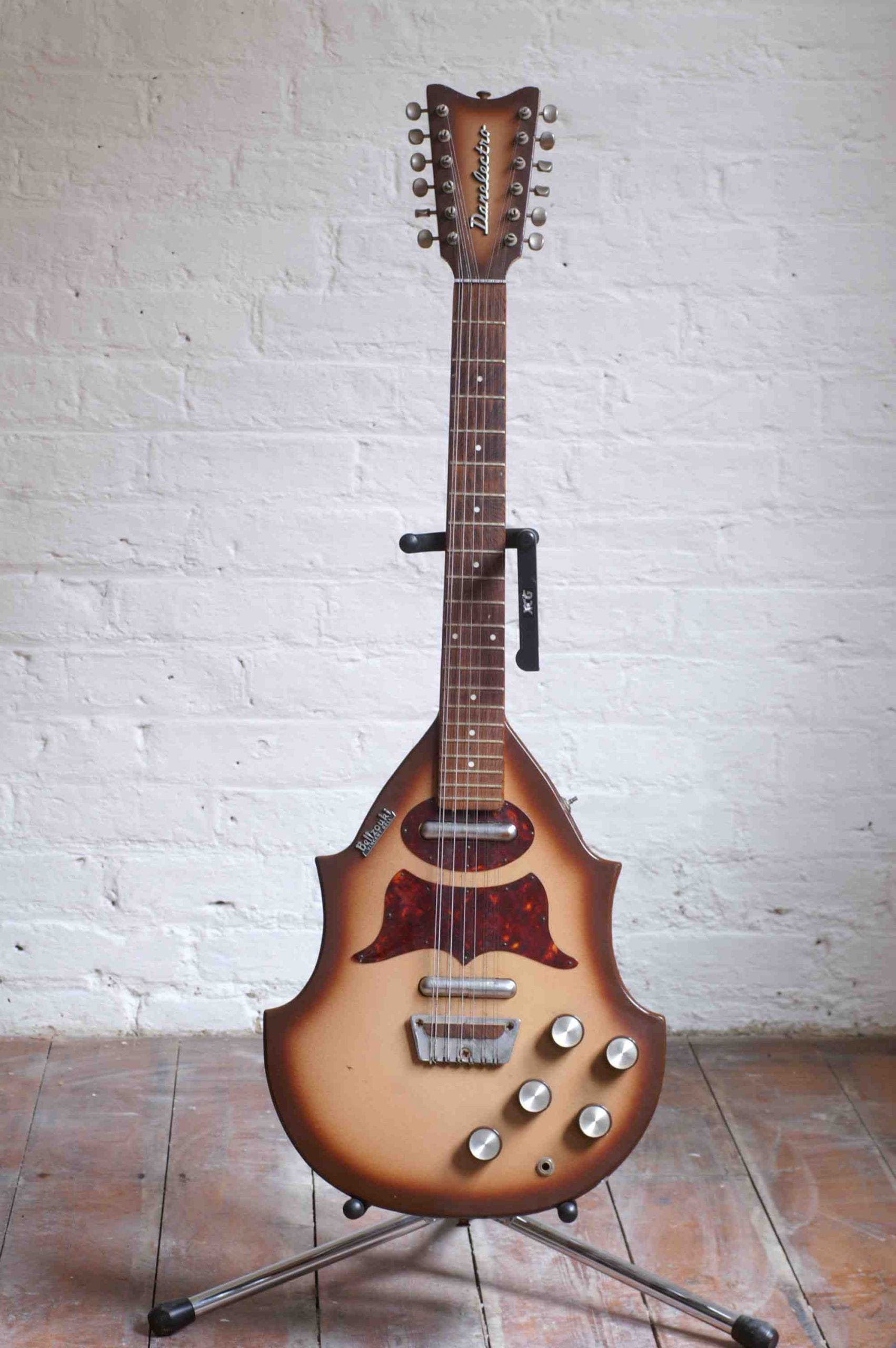 This guitar was based on an idea from Vinnie Bell. Bell was an in demand studio player in the 1960’s. Though Bell is Italian, he was periodically asked to double on the Greek Bouzouki for a record. As the age of the electric 12 string guitar ushered in, Bell got the idea to create a twelve string electric guitar, and make the body look similar to the shape of a Bouzouki and electrify the instrument by adding a pickups. He already had a deal with the Danelectro company which created an all wood electric guitar that he would endorse. He pitched this idea to Danelectro, drew up some plans and named it after himself. Thus the Bell-Bouzouki was born and known as the Bellzouki.