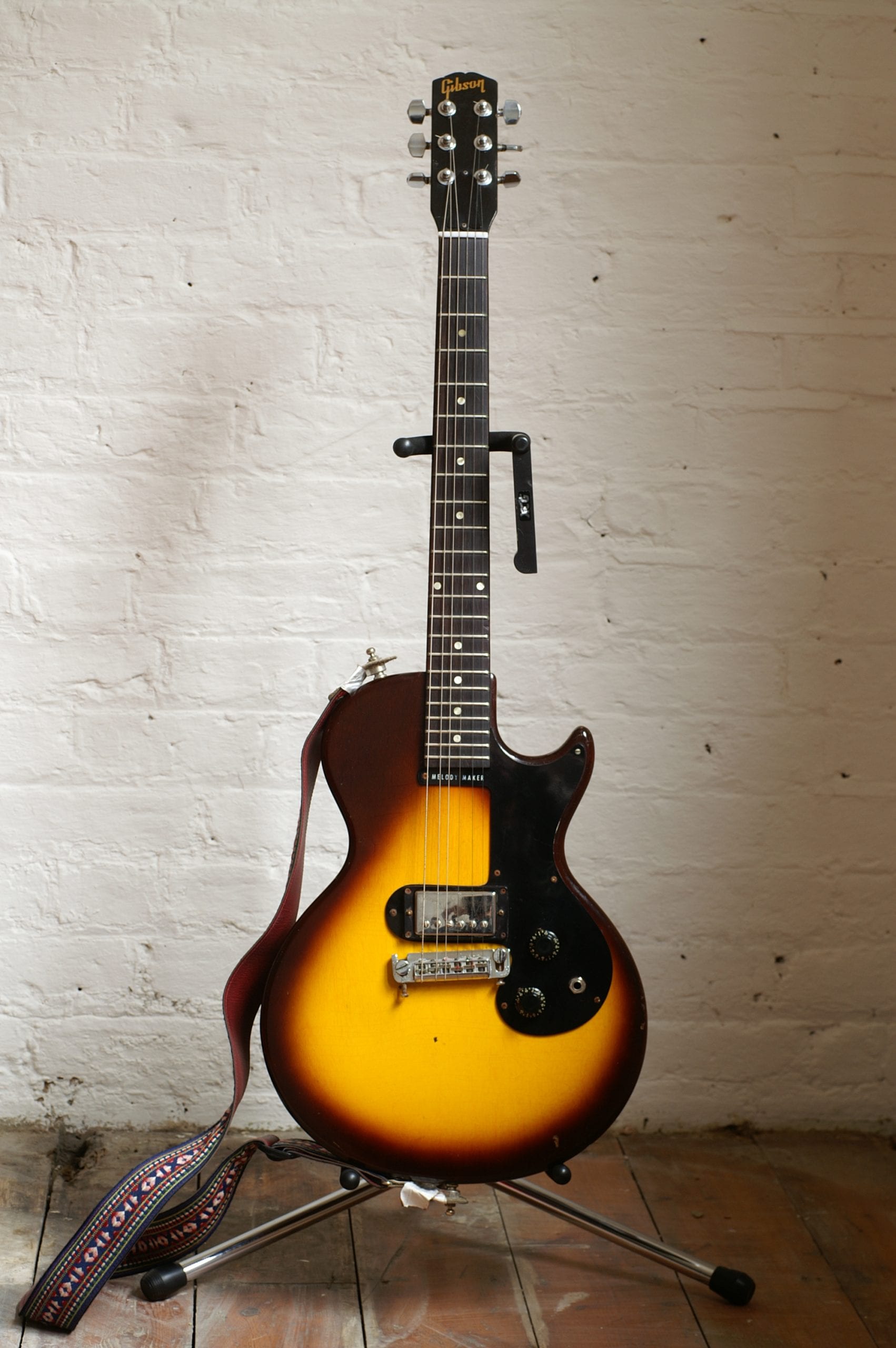 Rory was a big fan of Melody Makers, and he eventually owned four of them. With Gibsons, he liked having just one pickup, especially for slide.

“This 1960 Melody Maker was beefed up with a humbucker squeezed into the oval extension of the pickguard, which would have otherwise sported a slender, 7/8-inch-wide pickup with a plastic cover. The humbucker was mounted on a slab body that was just 1 3/8 inches deep, with a wraparound bridge/tailpiece that was at some point replaced by the intonation-adjustable six-saddle unit shown here, presumably to make it more effective and reliable for gigging. This example’s single-cutaway body would seem to place it within the run of early models produced from 1959 to ’60.”

“I use for some slide a Gibson Melody Maker which is very nice.”

Rory playing his 1960 Gibson Melody Maker in 1985 at the Dom Sportova in Zagreb, Croatia. Photo by Vladimir Dimic.

In 1991 Slash of Guns N’ Roses joined Rory onstage to jam at the Roxy in Los Angeles. Rory gave him this Gibson Melody Maker to play.