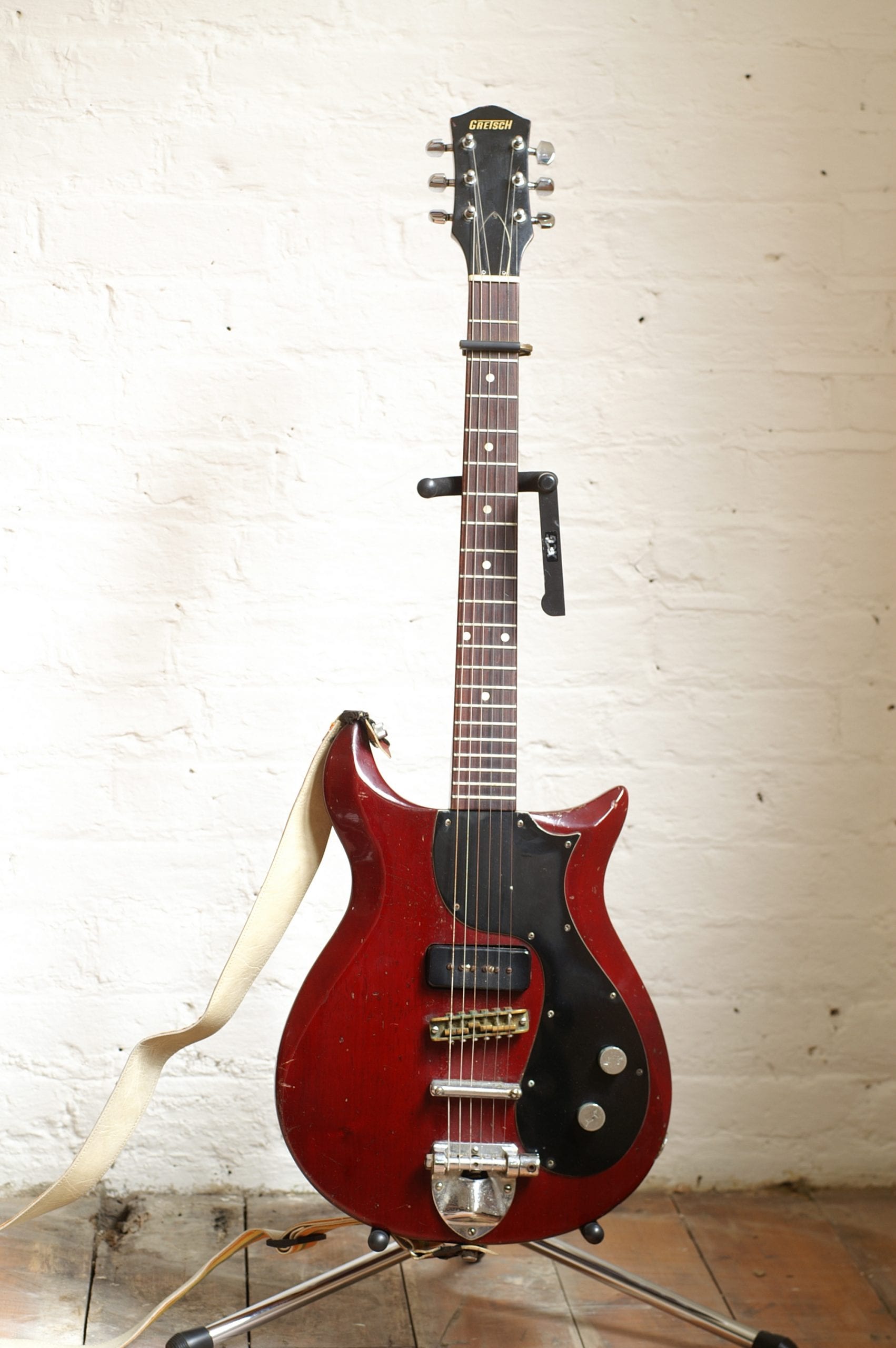 Purchased for $50-80 in a Pawnshop in the late 70s. This eventually became a substitute guitar for the Esquire.

At present I’m using a Gretsch Corvette for slide instead of the Esquire. The Corvette is Gretsch’s attempt at a Les Paul Junior, but I took off the Gretsch pickup because it was too weak and I put on a P90, which is an old black Gibson single coil pickup.

But for most of the open tuning things I’ve been using a Gretsch Corvette with the heavy strings. It’s a very tough guitar —my brother got it for me for 75 dollars in a pawn shop in Los Angeles. I took the pickup off that and put a P90 on. I should have hung on to it, in retrospect, because they’re very good pickups — similar to the Tennessean. But, in my opinion, the P90 is the best pickup for slide —it has the right overtones.

While on a guitar shopping therapy session in downtown LA, we went into a store called Guitar Village, after a few minutes of the other customers blasting the same guitar riff over and over through mega amps, my head caved in and I told Rory I was going outside to feed the parking meter. Inadvertently, I had parked in front of a pawn-shop so, as an excuse to stay out of the ‘cacophony canyon’, I entered the shop to inquire about the Gretsch guitar wedged into their window.

“That’ll set you back $75” the keeper told me from behind his cell like grill, “You wanna look?” “Not sure I can afford it anyway” I haggled, with no intention of buying it but to waste time. “What you wanna spend?” “Around $50” I replied. Unknowingly I left the shop with a rare Gretsch ‘Corvette’ and put it in the car.

“No luck” Rory said when he finally returned to the car. “I picked something up, but if its no good the case will come in handy” I said and showed Rory what I had bought. “You’re kidding, how much?” he asked “$50” I said meekly “Quick let’s get out of here before they find out what they gave you and want it back” Rory said with glee.

The guitar would become a Rory favourite and would travel in Guitar Trunk 1 thereafter.