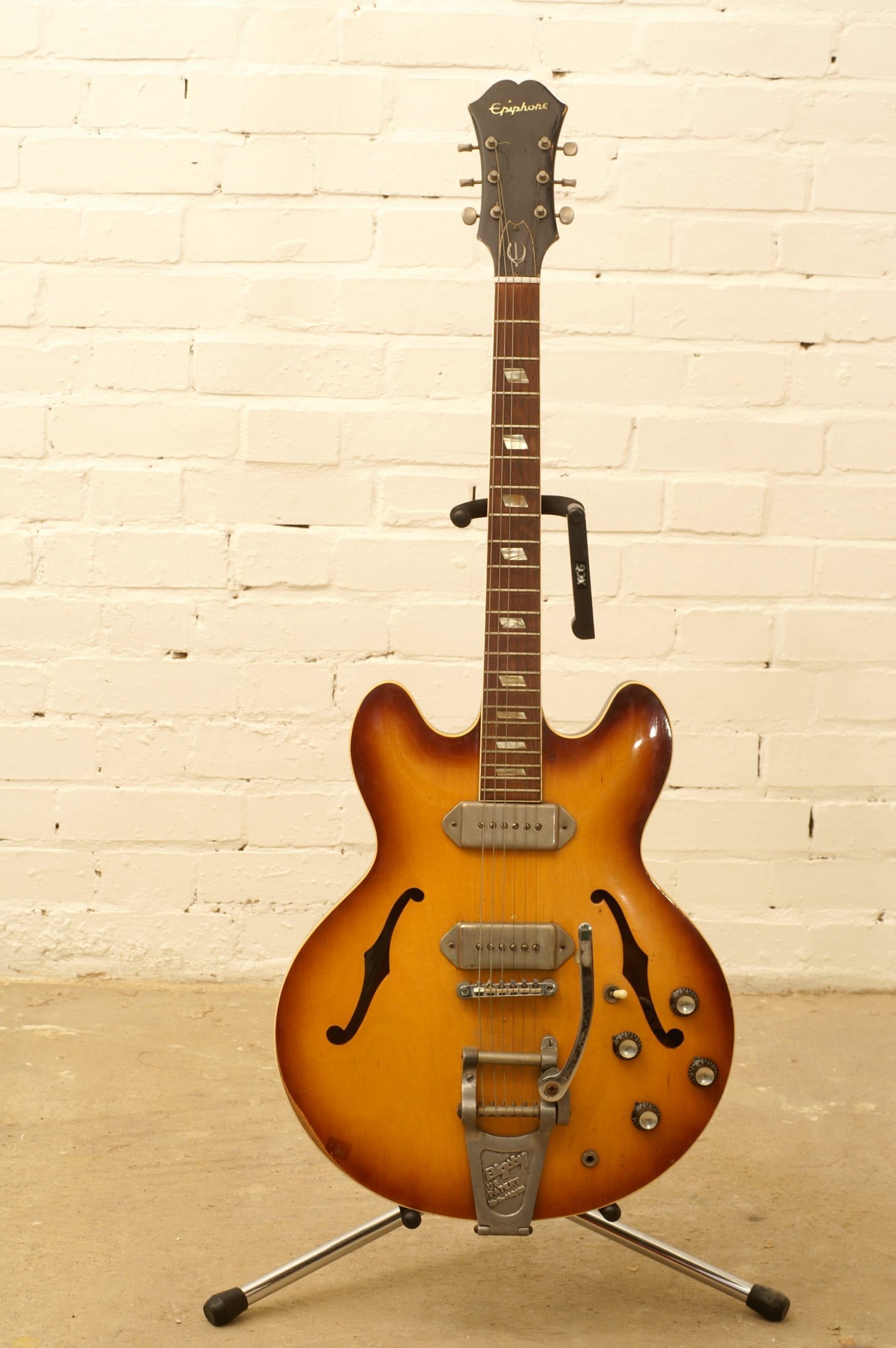 Rory used this beautiful Epiphone Casino when working on the Jinx album in 1982. As a big John Lennon fan, Rory probably liked the similarity to John’s Casino from the Let It Be film / rooftop concert.

It was also used on the Defender album on the track ‘Don’t Start Me Talkin’;

“Rhythm is on an old Epiphone Casino, which has a kind of woolly sound”