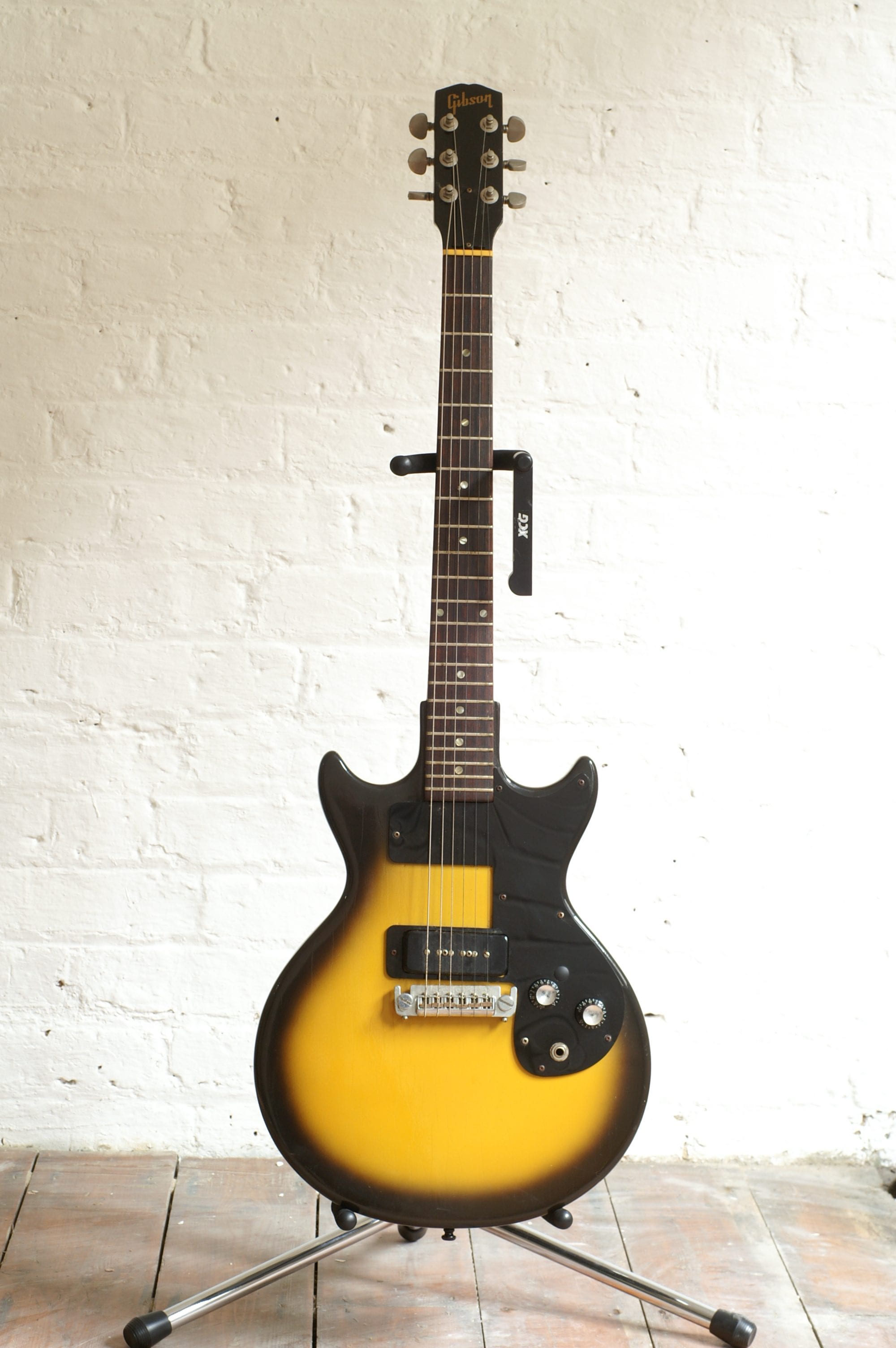 This Gibson Melody Maker has definitely been tinkered with. Rory removed the original single coil pickups and put in one trusty P90 pickup in their place.

The Gibson Melody Maker was first launched in 1959 and discontinued in 1971. It had a thin slab-style mahogany body and a one-piece mahogany neck. All the electronics, from the small single-coil pickups to the cable jack, were assembled on the pickguard and installed in a rout in the front of the body. The strings ran from a straight-sided simplification of the traditional Gibson headstock at one end to a wraparound bridge/tailpiece unit at the other.

From 1959 until 1961, the Melody Maker had a single cutaway slab body style similar to the early Les Paul Junior model but thinner. In 1961 the body style changed to a symmetrical double cutaway like this example.