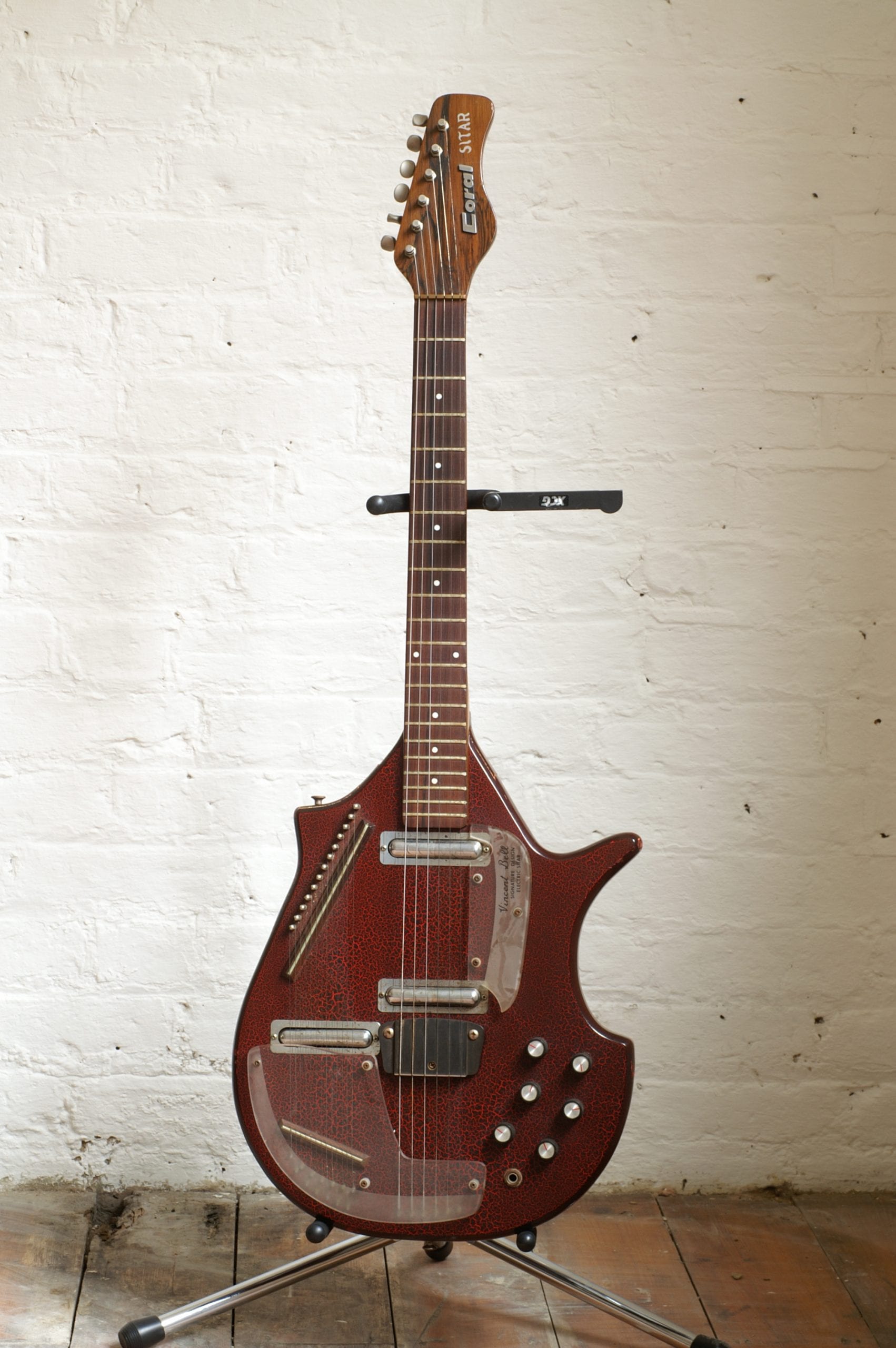 “Rory had written the track ‘Philby’ about the Cold War and was keen to have some mysterious Eastern flavour on the track. The answer lay in having the sitar guitar to get a kind of balalaika effect, but Coral had only made 50 of these guitars and we only knew where 5 of them were.

Fortunately Pete Townsend had one so we rented it from him for the sessions, which Rory loved. After the recordings we were due to go on tour and Rory was faced with the problem of duplicating the sound in a live setting. Of course Pete was happy to hire us the same one but it would have been very expensive considering how long Rorys tours were. As it turned out I was in the US for a few days and I picked up a flyer for a guitar trading company in New Jersey. The had a Coral on sale for $1500, which worked out much cheaper than hiring one for a whole tour.

I came back on a flight with Cliff Richard and his band and when it came to customs I tried to walk through as one his session guitar players, but a customs officer stopped me. I acted coy and explained that it was my brothers guitar and was old and not worth much but he pulled out the same flyer I had seen in New York from his catalogue book and said its $1500! That taught me a good lesson.”