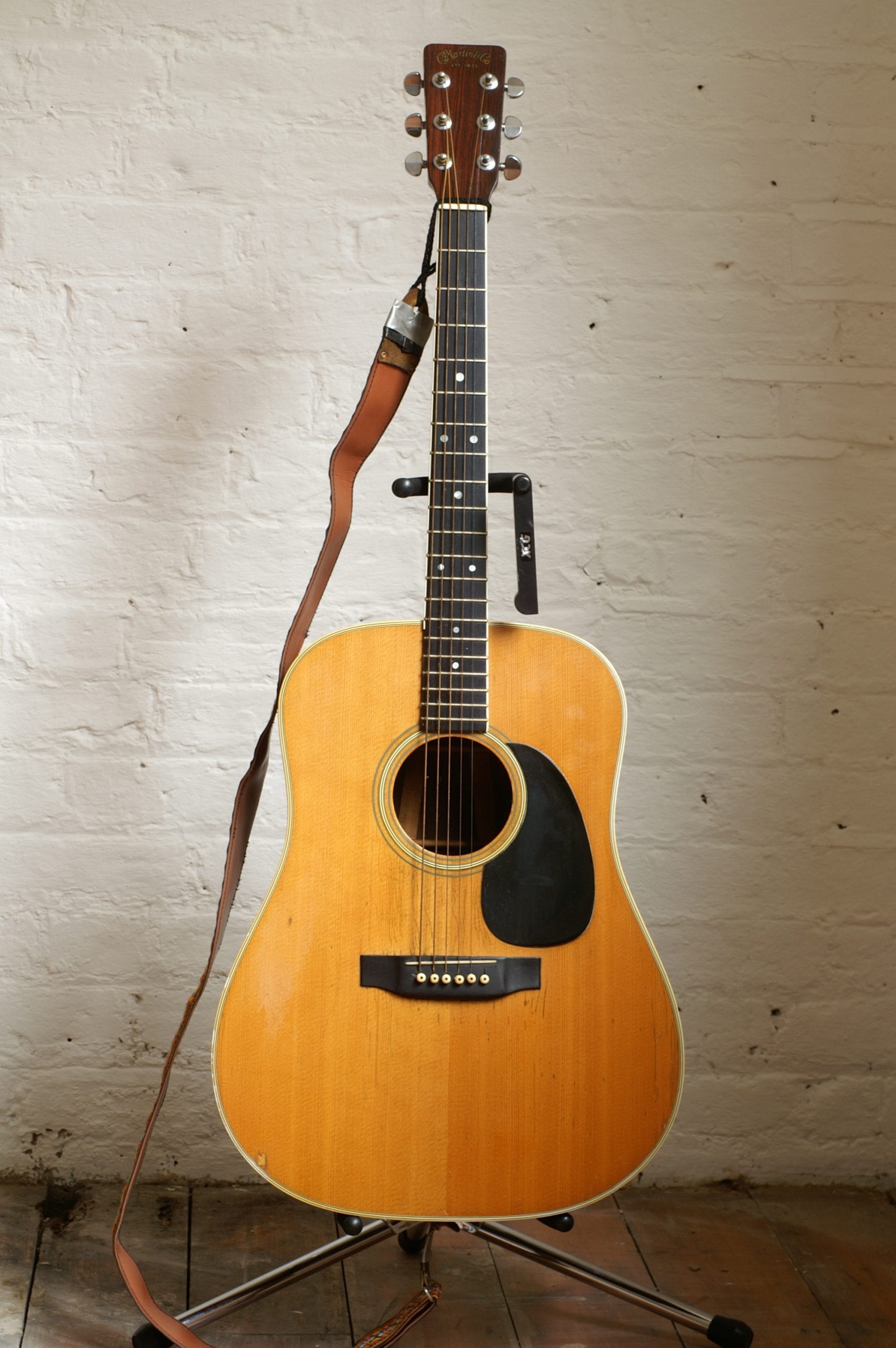 Rory’s acoustic playing is oft-forgotten, but he was a fine flat-top player – and for most of his recording career, he used this D-35.

Rory using the Martin during the Deuce album sessions in 1971. Photo by Mick Rock.

“The Martin D35 I got in London in ’69.  It’s getting better.  I had to get a new bridge part made for it because the intonation was, a bit peculiar, but it’s OK now.”

“I’ve got this great C.F. Martin acoustic. Another guy picked it up from the assembly line for me and had just enough money left over to get it back to Europe.

The thing about a Martin is that it takes about five years to play itself in, it has to develop through a whole lot of things like the heat of player’s body, the atmosphere it’s played in and all that.

Of course the longer you keep it, the better it gets provided you pay some sort of attention to it. When I first got the Martin, I’ve gotta say that I was a bit disappointed, but as I played it, the guitar seemed to get better.”