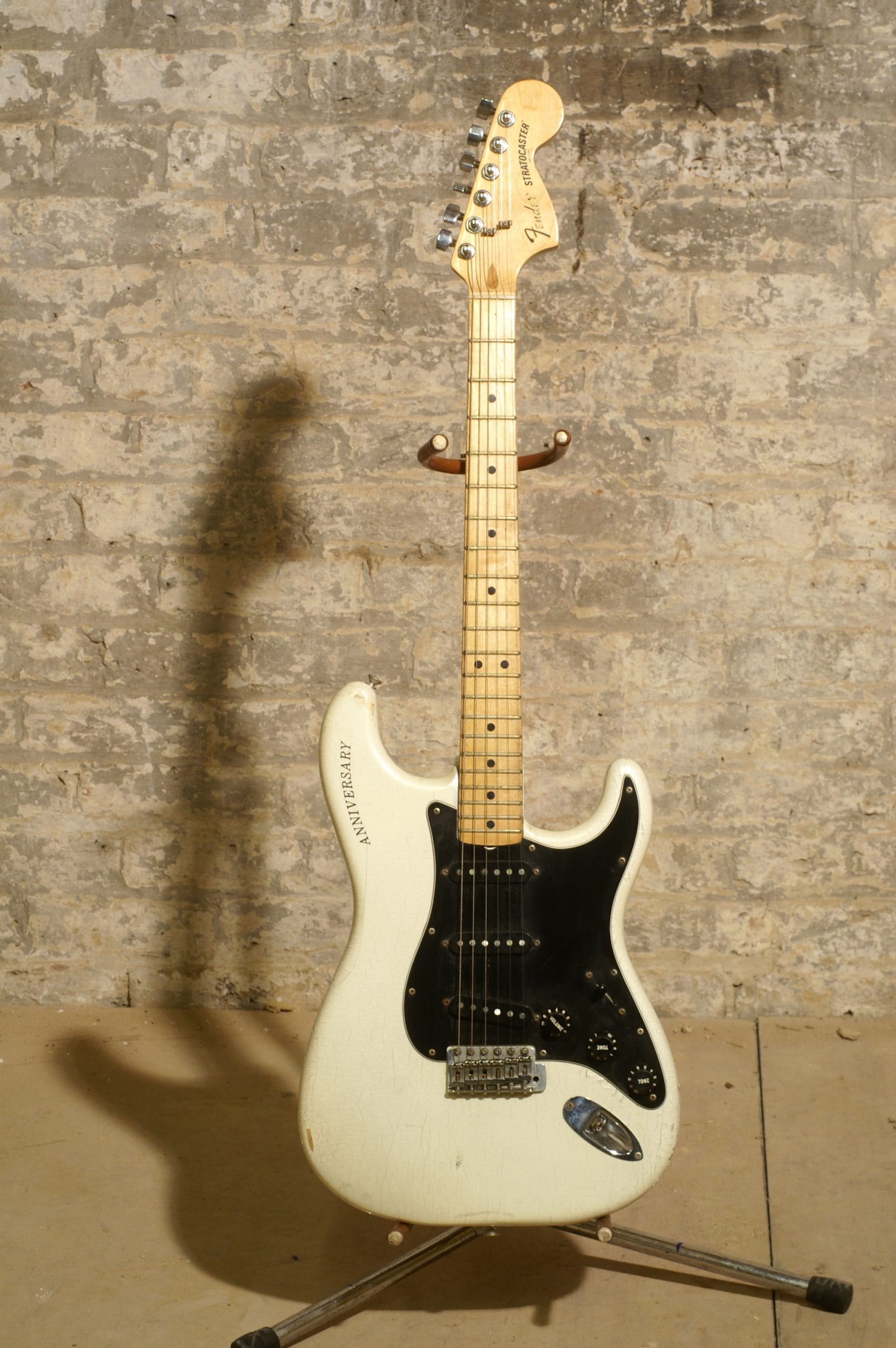 They thought I couldn’t afford a nice and clean guitar, and they were slightly embarrassed by the finish (of the 1961 Stratocaster) so they gave me a lovely white Anniversary Strat – which I used in the studio a lot. It has a great sound, but the odd thing is that nowadays the people are no longer offended by the look of the old guitars, because Adrian Belew has this old battered one, and late Stevie Ray Vaughan had a sunburst Strat with all the finish gone. But it was very nice of them to give me the white Strat. I must play it on stage now, and it’s began to loose some of the finish – the white shine.

The guitar was produced by Fender in 1979 as a limited run to celebrate the 25th year of production. The Strat featured a four-bolt maple neck with a large headstock and Sperzel tuners, standard Strat synchronized tremolo and three single-coil pickups. The first batch of 500 guitars was sprayed in a white finish that happened to turn yellow over-time, so Fender quickly changed it to a custom silver paint which was used on the rest of the 10,000 guitars which were produced under this line. Rory’s guitar was serial number #000004

Rory used this guitar mainly in the studio, more precisely on the album “Jinx”. Although he does not use a tremolo arm on his main Strat, the Anniversary Stratocaster tremolo was used in the studio by taking out two of the five springs from the back. Upon receiving the guitar he also removed the finish from the back of the neck and re-fretted it with larger frets to better fit his style of playing.

I was honored to receive a Strat from the Fender Company and I used it to record some of the tracks on ‘Jinx.’ But the first thing I did was to remove all the finish off the neck and put in some heavy frets. I also removed the middle tone pot – so it operates like a Telecaster.