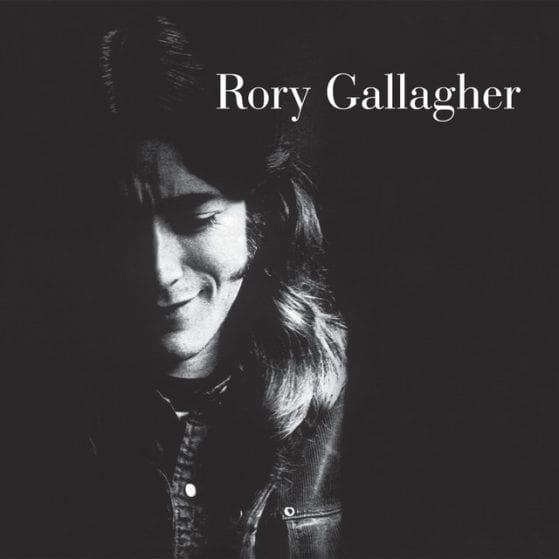 By the end of 1970, Taste were on the brink of international success. They had built up a loyal fan base (which included John Lennon), played the legendary 1970 Isle Of Wight Festival and recorded two blistering albums-but to the surprise of both their fans and their contemporaries the band split due to musical and managerial differences.

Rory, keen to utilise this new found musical freedom, returned to London’s Advision studios with engineer Eddy Offord, with whom he had worked during the recording of the Taste album, On The Boards. The resultant session became Rory’s first solo album, the eponymously titled Rory Gallagher.

The album opens with a trademark Gallagher riff leading into Laundromat, a track written at the time of the Taste split when the group were residing in a bedsit in Earl’s Court which had a public laundromat in the basement. In typical Rory style, he used this uninspiring subject matter to create a highly inspirational song.

I Fall Apart is an engaging love song with a big melodic Stratocaster guitar riff and a wonderful chord sequence.

Wave Myself Goodbye is the first of two tracks featuring the keyboard genius Vince Crane, who made his name playing with Atomic Rooster and Arthur Brown during the 70’s and Dexys Midnight Runners in the 80’s. After Taste split, I became tour manager for Atomic Rooster and when Rory needed a pianist Vince was my first choice. For this track, he delivers a barrel-house piano feel to compliment Rory’s acoustic blues guitar.

Hands Up is a highly motivational song written post-Taste. The track’s positive lyrical message is delivered with lines such as ‘hands up and reach for the sky’ and ‘get up you know it’s time’ which act to counter the negativity Rory felt when the group disbanded.

In Sinner Boy, the powerful lyric about hitting rock bottom exposes Rory’s compassion and understanding for his fellow exiled man. Listen out for the Telecaster slide playing and vocal ‘scatting’. Even at the tender age of 23, Rory’s natural technical ability was incredible.

For The Last Time is reminiscent of another great Rory track, On The Boards and carries a message about his treatment during the demise of Taste.

It’s You is an upbeat country-influenced track enlivened by Rory’s steel-slide guitar playing, which is underscored with his excellence on the mandolin (an instrument he had only recently mastered).

Even at this early stage of his career, Rory was keen to experiment with the music he created. He was never satisfied to follow trends or take the easy path and Can’t Believe It’s True demonstrates the influence that Jazz had on him. On this track, Rory plays alto saxophone which has been double tracked, capturing a jazz/folk feel that came from his admiration of artists such as Eric Dolphy and John Coltrane.

Recorded during the original sessions for Rory Gallagher, the two bonus tracks see Rory paying homage to two of his blues heroes.

Gypsy Woman was originally recorded by Muddy Waters whom Rory greatly admired and would eventually work with on Muddy’s London Sessions album.

The final track is a cover of It Takes Time, first recorded by premier Chicago blues guitarist Otis Rush.