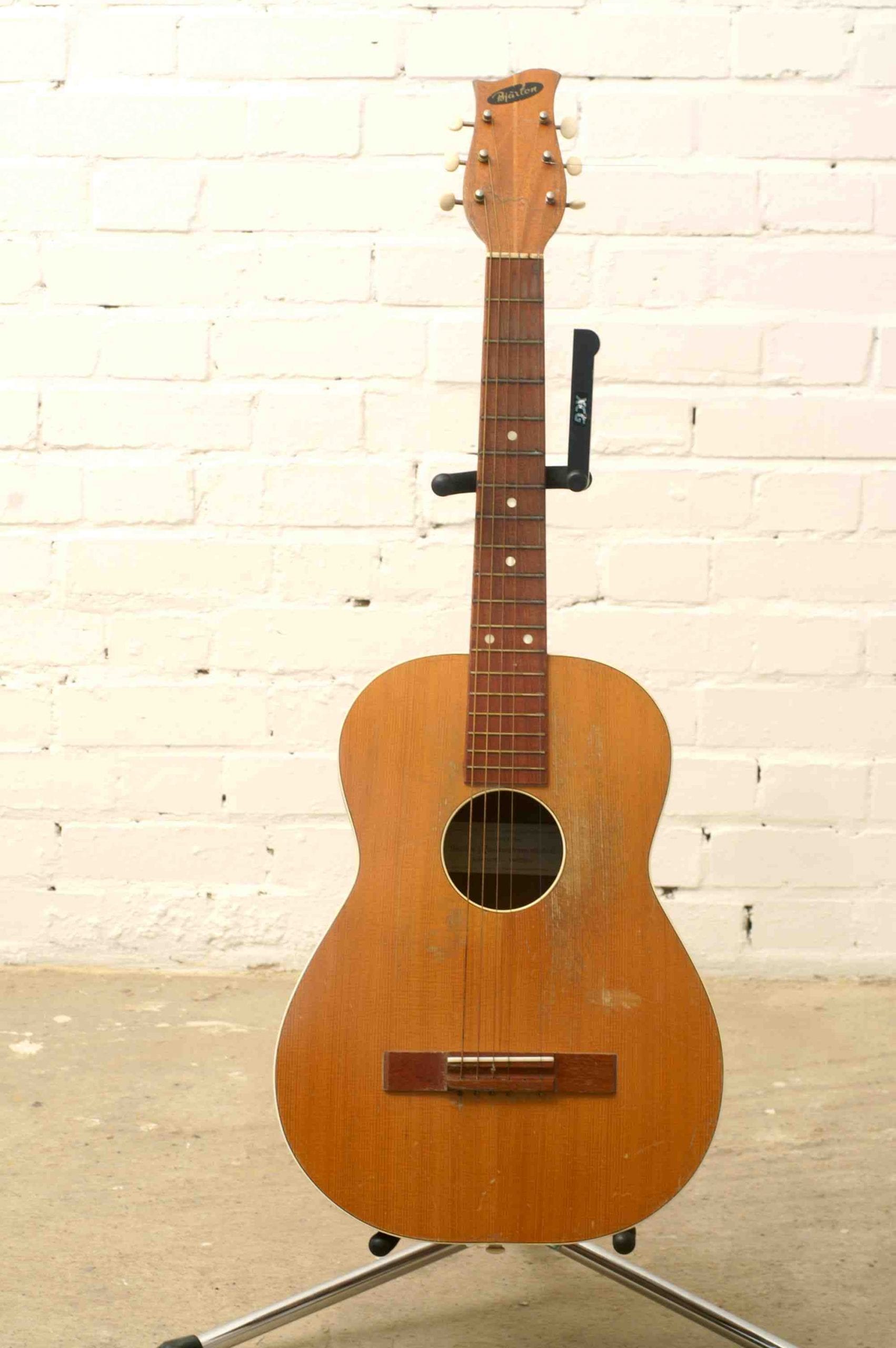 Rory bought this acoustic in Copenhagen, Denmark in 1967 and recorded the song ‘Hail’ with it for the debut Taste album.

“I’ve got an old Bjarton guitar and it’s beautiful. It’s a very small guitar like the small Martins. Blind Blake used to use one — it’s like a ragtime guitar. The neck joins the body at the 12th fret. I got that in a pawn shop in Denmark in about ‘67 for about £4. I’ve been playing that a lot lately, and that’s got the light strings —being a small scale guitar, the light strings don’t buzz or anything — it’s just right. I used it on the first Taste album and I used to use it on stage. In fact, I was thinking of pulling it out one night and sticking an lbanez or something on it.”

“I’ve got an old guitar I used on the first Taste album on one song. I got it in a pawnshop in Copenhagen for about two quid. It had a couple of cracks in so I fixed them up. It’s quite a small guitar as well, but it’s really good for ragtime stuff. It’s called a Bjarton – a subsidiary of Levin or someone like that.”