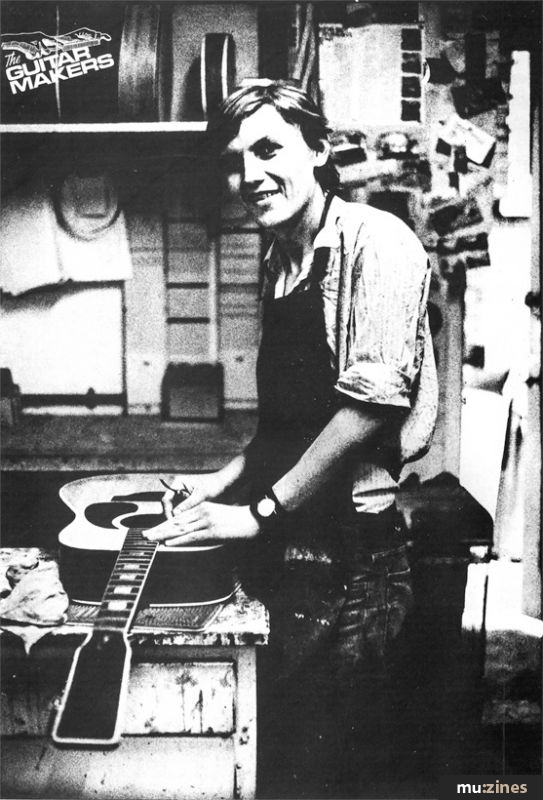 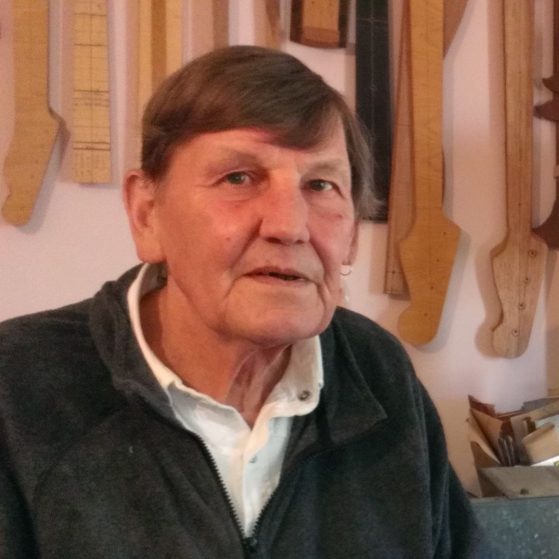 “Somewhere in the very early ‘70s, Rory and Chris connected. My brother’s love of stringed instruments had now embraced the mandolin (and it’s cousins of four stringed derivatives mandola etc.). Chris carried out many repairs to Rory’s then limited guitar collection, with many the occasional ‘running’ repair, when Chris and wife Toni would attend his gigs in their vicinity.

It meant so much to my brother that another craftsman could appreciate his guitar-craft and comprehend the fine detail Rory was requiring.

Key to Rory’s search was the ‘true’ amplification of his acoustic instruments, in particular, when endeavouring to have his Italian mandolin playing “Goin’ To My Hometown”. At first played through a microphone, the mandolin was competing with the hand-clapping and foot-stompng fans tattooing out the underlying rhythm of the ballad leading to the he maxed out microphone squealing with feedback. So Chris produced a solid, electric mandolin for Rory – a first of it’s kind, this allowed my brother to be more ambitious in both his stage and studio use of the instrument.

The standardised limitation of 1970s guitar electronics and woodcraft, saw Rory commission Chris to construct further instruments incorporating my brother’s ideals, a fan of the Telecaster body many were moulded into that fashion.

My fondest memory of Chris stems from an American tour we undertook back in ’72. While Rory and I stood behind the glass plated windows of Grand Rapids, Michigan airport, looking on as the bands then humble backline and baggage was offloaded from the jet, the tractor with four trailers collecting the items stood next to the baggage escalator. We viewed with horror as my brother’s natural finished Fender Esquire and case dropped out of the craft, landing on the ground just in front of the tractor’s big wheels. While Rory and I were banging on the glass shouting and gesturing to the ground staff at the potential destruction of the instrument, the freight guys fired up the tractor and towed it’s fully ladened trailers with all wheels bumping over the guitar case and giving the guitar taking an all-mighty hammering.

As the shattered case and instrument came around on the carousel, our first scanning showed that the guitar’s paintwork and wood had been terrifically scarred across it’s top shoulder and the case was a right-off.

My brother was in a state of shock as we drove to gig and the instrument we took directly into backstage A&E, surprisingly, when the electric lead was jack-plugged into the Esquire it burst into life, these guitars were made of tough stuff.
With a temporary layer of filler and coat of whitish paint covering the guitar damage for now, at that night’s gig, the guitar performed as good as ever.

“When I get back to London Chris will be the guy to get the instrument back into shape”, my brother said, so the instrument was sent for surgical repairs.

The good news came that Rory’s beloved Esquire was now fully recovered and Rory headed off to Chris’s to collect.

Before presenting, Chris announced “I have a surprise for you Rory”. Opening the case my brother saw his guitar, in an all spanking new emerald green finish!! – What every Irish Showband guitarist might want but not Rory.

Polite as ever Rory accepted the kindness of the thoughtful gesture, however, Chris picked up on my brother’s underlying vibe, soon Chris had re-finished it to an all black colour and it remained in Rory’s top arsenal.

Chris and my brother remained great friends, despite Rory’s constant travels he would always telephone or write to his friend and guitar technician.

Bless you Chris and a big thank you too. 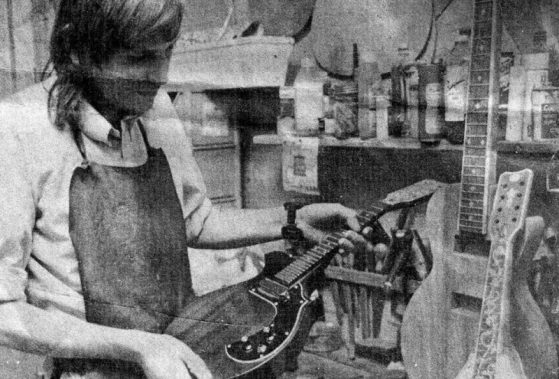 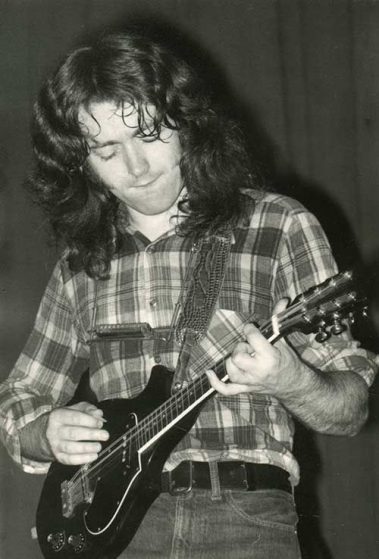