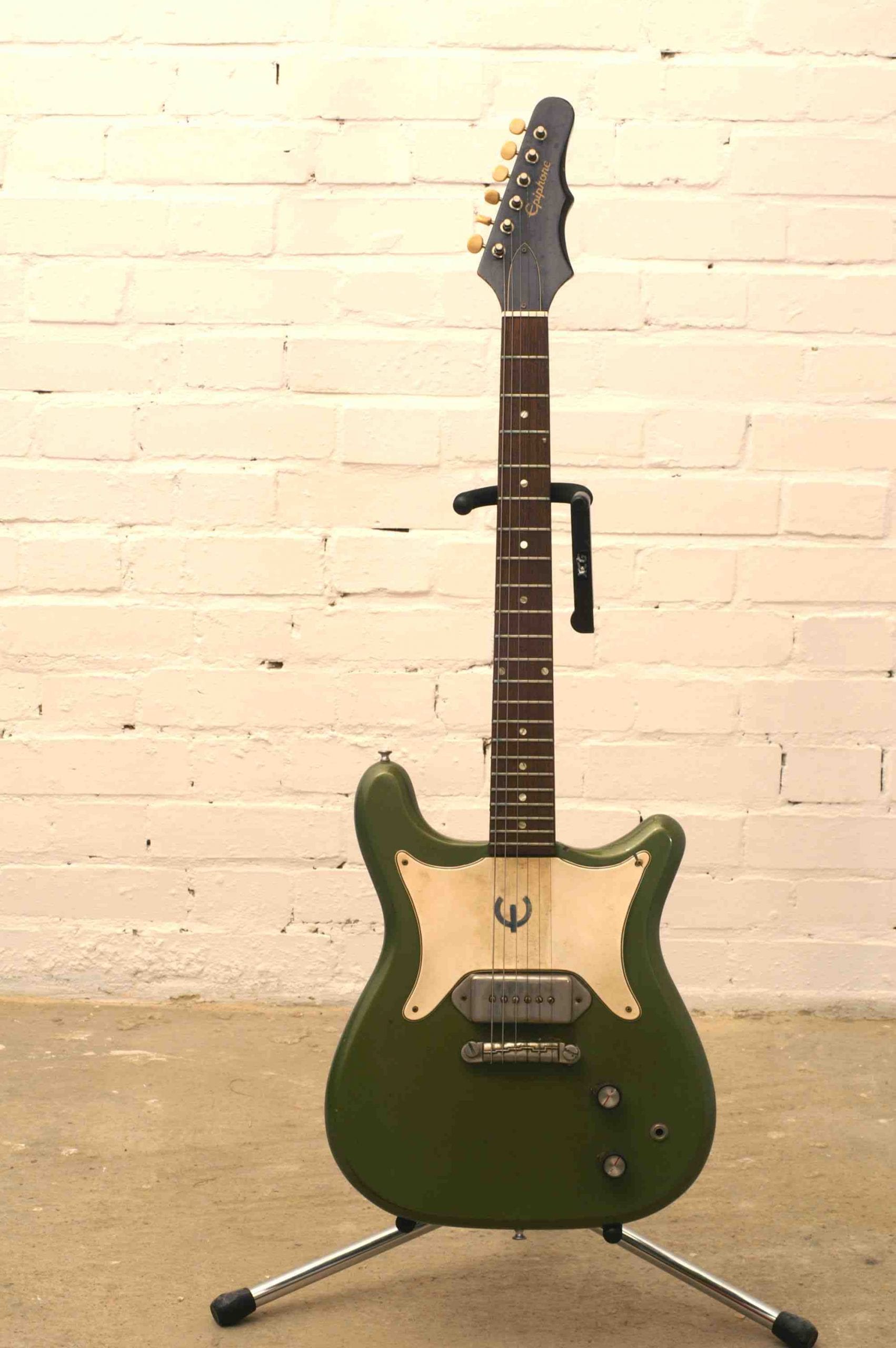 The old adage of “less being more” may have struck a chord with Rory, at least with this particular guitar.

This Epiphone Coronet from 1963, with its single P-90 pickup and beautifully checked and faded finish, it might be the most eye-catching guitar in the collection. Rory absolutely loved P-90s. He had them in Les Paul Juniors, his Gretsch Corvette he routed it out and put a P-90 in there.

The Coronet was first manufactured by Epiphone under the Gibson brand in 1959. It was priced at approximately $120 and was seen as a reliable entry level guitar.

Originally the Coronet came with a single Epiphone New York pickup in the treble position. In 1959 Epiphone began shipping new Coronets with a P-90 pickup like this one.