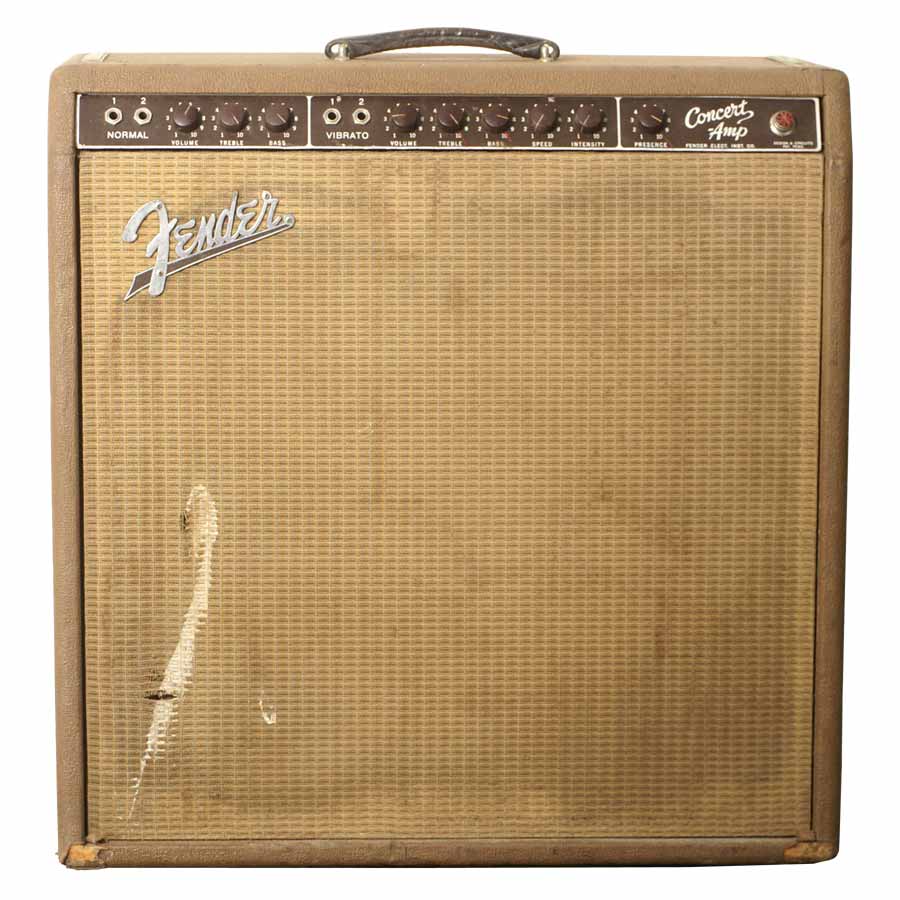 Rory bought this Fender Concert in 1977.
“Recently I got a Fender Concert, which is an old brown one, from around 1959, with four 10” speakers. I use a Hawk booster through that just to roughen it up a bit, or if it’s a quiet number I plug straight in and keep the guitar clean sounding.” March 1978 http://www.roryon.com/GP78.html

Rory at the 1977 Macroom Mountain Dew Festival with the Fender Concert behind him.

When Rory added Lou Martin to his band, on keyboards, he moved away from the Vox AC30 and found that Fender amps suited the sound of the band more. His three favourites were a 1954 Bassman, a 1956 Twin and the 1960 Concert. Sometimes he’d pair two of these together such as the Bassman and the Concert and other times he’d pair one with an AC30. He was constantly switching his amp setup, later turning to Marshall 50w combos with an AC30 and even an Ampeg VT40 which he liked for it’s mid range.

With the Fender amps he used a Hawk II Tonal Expander in the same way he used the Rangemaster with the AC30.
“Lately I have been using a Fender Concert Amp a lot. It is also a slightly older model and has four 10” speakers. Sometimes I connect that amplifier with an, again old, Fender Bassman that also has four 10” speakers. I use these amplifiers either together or separate from each other. It depends on the circumstances.” June 1978 http://www.roryon.com/mm678-315.html
Back
This website uses cookies to improve your experience. We'll assume you're ok with this, but you can opt-out if you wish. CustomiseACCEPT
Privacy & Cookies Policy