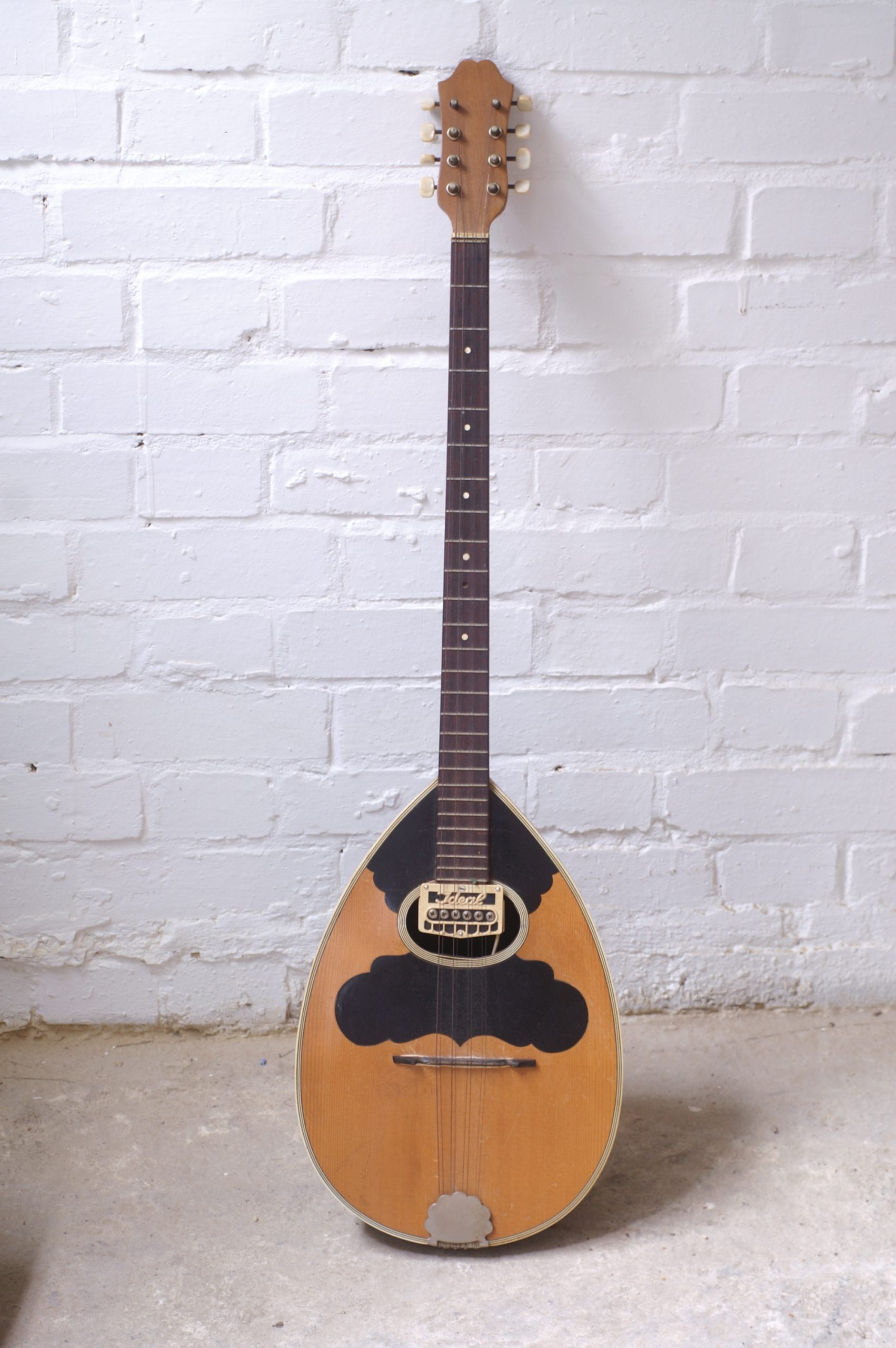 Rory was a fan of legendary Greek musician Manolis Chiotis, one of the greatest virtuosos of the bouzouki.

The bouzouki is a musical instrument with Greek origin in the lute family. A mainstay of modern Greek music, the front of the body is flat and is usually heavily inlaid with mother-of-pearl. The instrument is played with a plectrum and has a sharp metallic sound, reminiscent of a mandolin but pitched lower. There are two main types of bouzouki. The three-course with three pairs of strings (known as courses) and the four-course having four pairs of strings.

Chiotis popularized the four string bouzouki, with its guitar-like string tuning intervals (although one whole note below that of the guitar’s first four strings). This innovation allowed players to play much faster, and to easily create chords for back up to the singer.