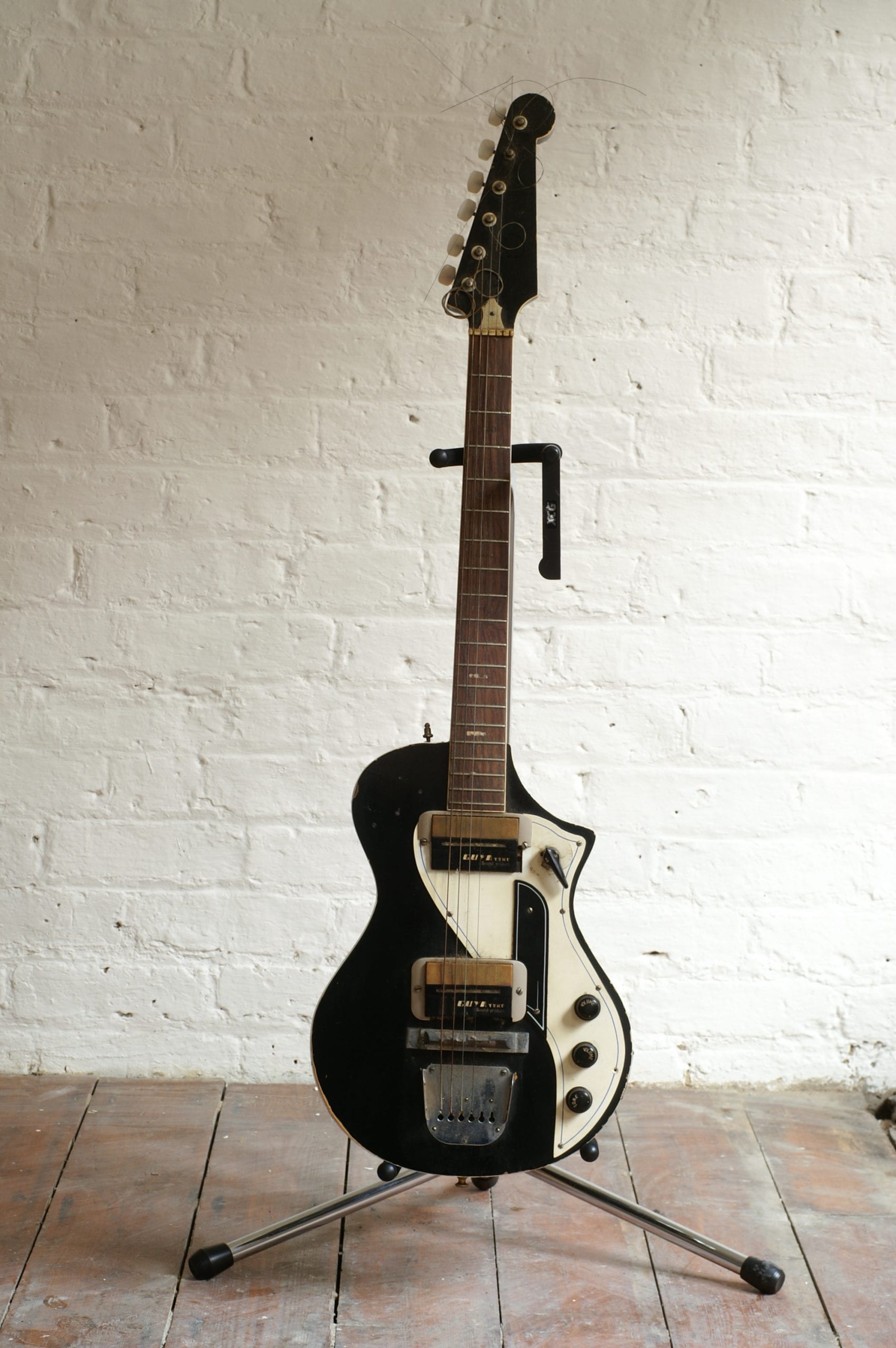 One of the earliest Guyatone solid body electric guitars. In the 1960s, Rory used a small Guyatone LG-50H as a slide guitar on stage a few times, but he soon exchanged it for a Telecaster. In 1974 when he visited Japan for concert tour, he looked for his old small Guyatone model. And he found similar black Guyatone at local music store when he returned to Ireland. This Guyatone LG-60B may be the one.  The headstock on early models, with three tuning pegs per side, was changed to the more Fender-esque six-in-a-line tuners for the export market.