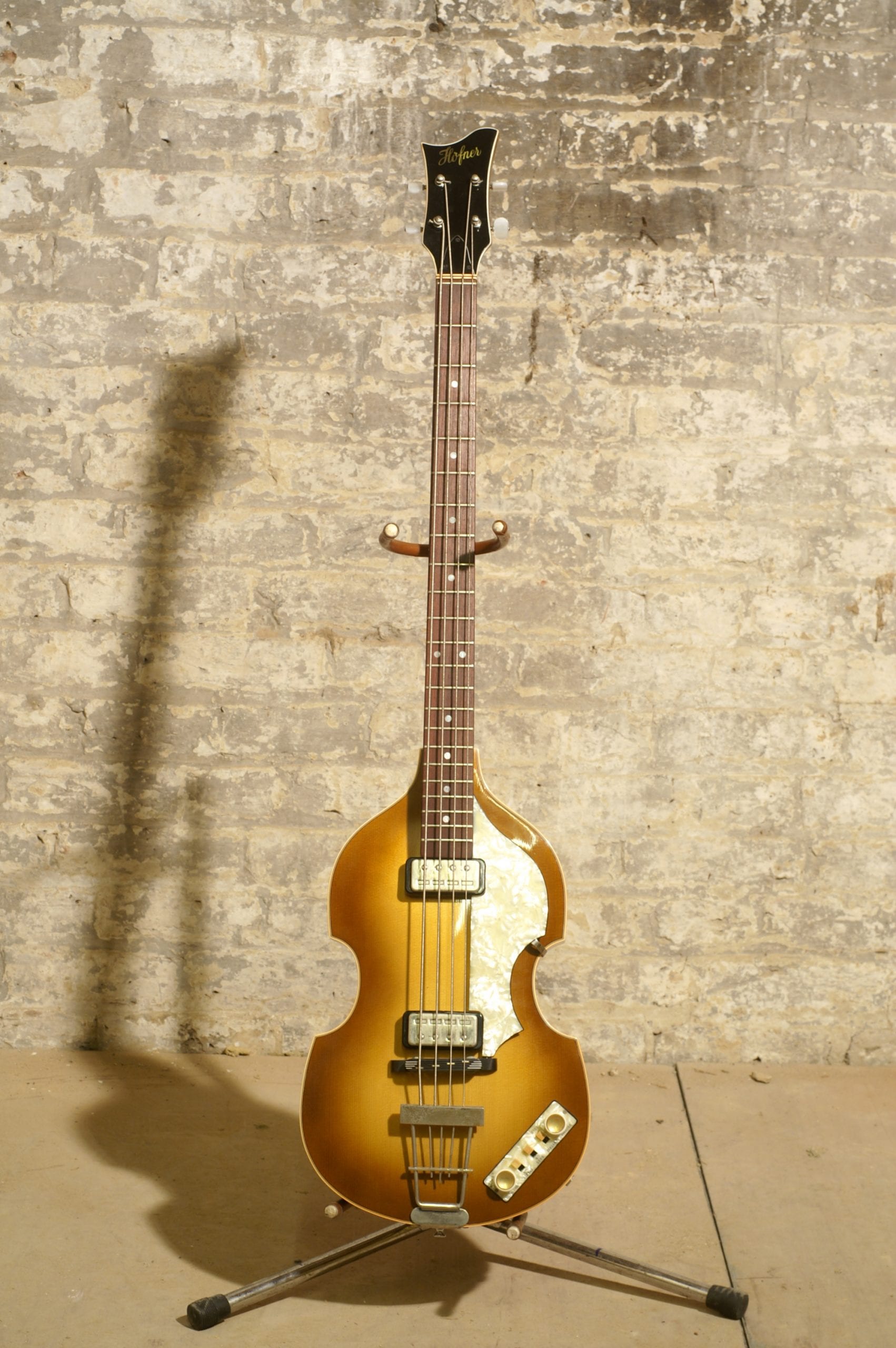 The original Hofner 500/1 violin bass was designed by Walter Höfner in 1955 and first shown to the public at the Frankfurt Musikmesse in the spring of 1956. It seems that Walter’s intention was to produce a bass guitar that would be appealing to players of the upright bass (double bass) who no longer wanted to carry such a big heavy instrument around to play in beat and jazz groups. He also designed the bass so that the construction method would be familiar to the workers at Höfner who had been making violins for decades. So we got a bass that has the style and shape not unlike a classical stringed instrument and built in much the same way, hollow bodied, arched topped and a set in neck. Walter used components from the Höfner electric guitar line and adpated these for the bass, so it got the familiar ebony bridge, the wire tailpiece, the oval control panel, the black bar pickups.

This is a Hofner 500/1 V63 Violin Bass reissue made in Germany likely in the early 1990s. Hofner has reissued the Beatle bass several times reflecting different eras of production.