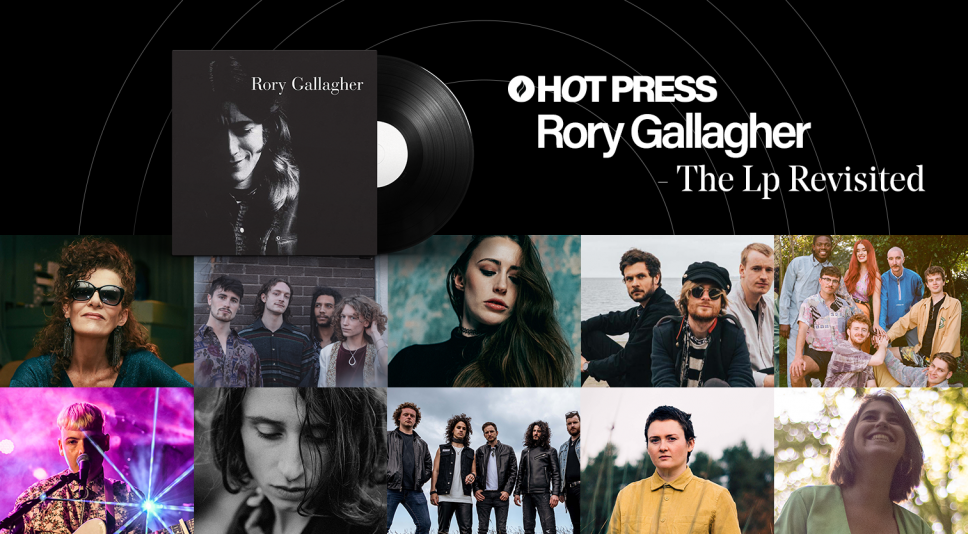 On this day in 1948, Irish guitar legend Rory Gallagher was born – and to celebrate, we’re launching a brand new performance series, featuring some of the most exciting names in Irish music. The first instalment in the series goes live tonight at 7pm on the Hot Press YouTube channel, with hotly tipped Cork trio Rowan performing a cover of ‘Laundromat’.

As part of the series, each track from Rory Gallagher’s iconic self-titled debut album will be covered by a different Irish artist or band – with versions of all ten tracks, from ‘Laundromat’ to ‘Can’t Believe It’s True’, going live every night over the next week-and-a-half.

Rory Gallagher (1971) features some of the Irish musician’s most beloved songs, including ‘I Fall Apart’, which has clocked up over 7.6 million streams on Spotify alone. Recorded at the legendary Advision Studios in Fitzrovia, London, the album featured Rory on guitar and lead vocals as well as alto sax, harmonica and mandolin; Gerry McAvoy on bass; and Wilgar Campbell on drums. Atomic Rooster’s Vincent Crane plays piano on two songs on the album, ‘Wave Myself Goodbye’ and ‘I’m Not Surprised’. The classic album celebrated its 50th anniversary last year, and was re-released as a special boxset.

Last year, Rowan’s Kevin Herron was named the worthy winner of a special Hot Press  Rory Gallagher competition – and was presented with a Rory Gallagher Signature Stratocaster from Fender’s Custom Artist series, at a ceremony at Cork City Libraries’ Rory Gallagher Music Library. As such, it’s fitting that Herron and his bandmates are kicking off the series tonight, with their highly anticipated cover of ‘Laundromat’ – with Kevin wringing great sounds amid some blistering playing from the signature Strat.

The Cork trio, who released their latest single, ‘Irish To My Bones’, earlier this year, are set to release their debut album, Does It Make You Happy?, on May 6, via LA label Beverly Martel.

Also among the artists are The Mary Stokes Blues Band, whose ‘as live’ album Comin’ Home won the Blues and Roots Radio Album of the Year for 2021.

Each performance goes live at 7pm each night on the Hot Press YouTube channel. See the full line-up below: