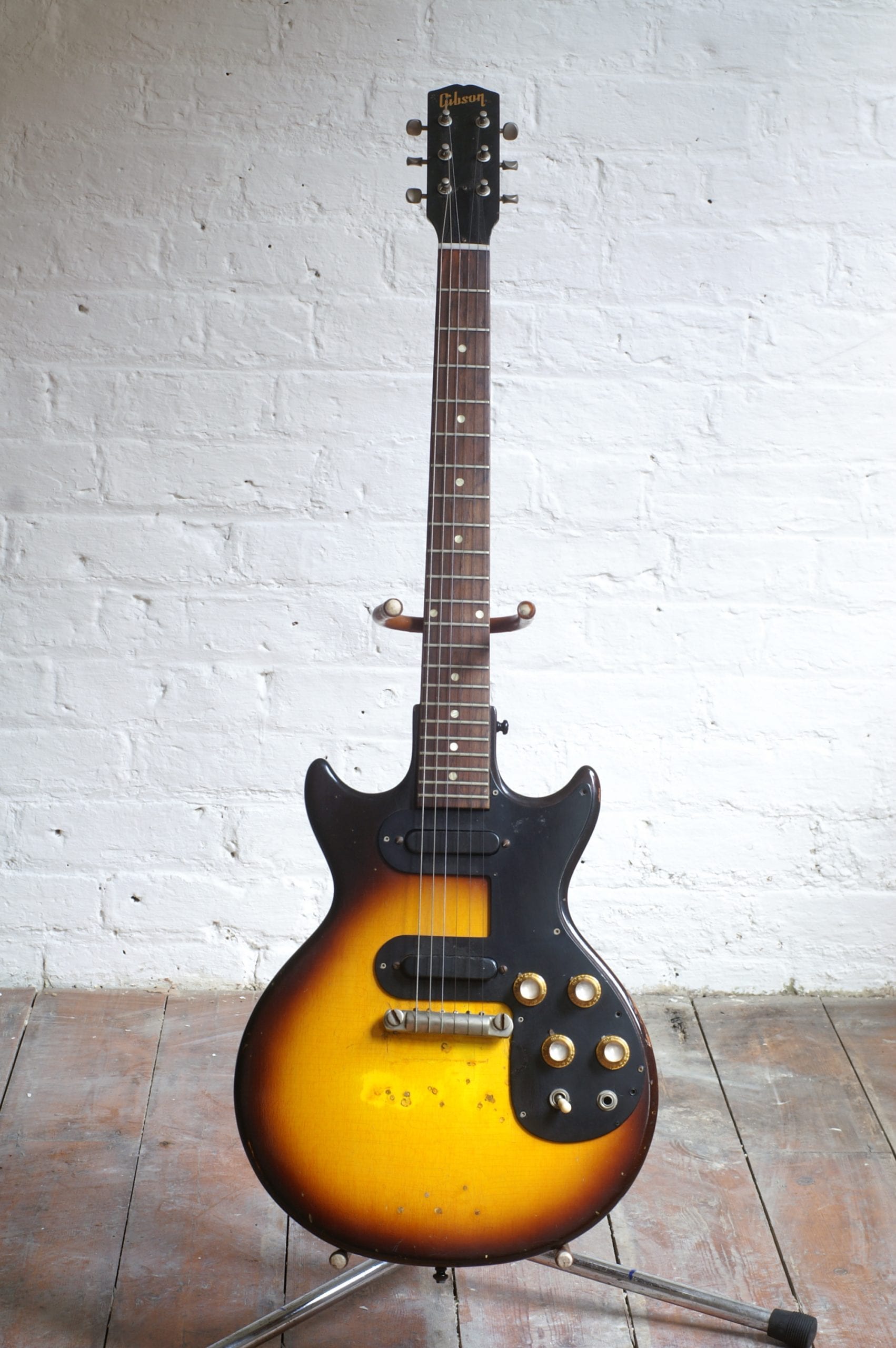 The Gibson Melody Maker was first launched in 1959 and discontinued in 1971. It had a thin slab-style mahogany body and a one-piece mahogany neck. All the electronics, from the small single-coil pickups to the cable jack, were assembled on the pickguard and installed in a rout in the front of the body. The strings ran from a straight-sided simplification of the traditional Gibson headstock at one end to a wraparound bridge/tailpiece unit at the other.

From 1959 until 1961, the Melody Maker had a single cutaway slab body style similar to the early Les Paul Junior model but thinner. In 1961 the body style changed to a symmetrical double cutaway. The “D” model  Melody Maker included two pickups, and a short-scale 3/4 neck like this example.

This guitar looks like  it used to  have a tremolo unit on it which Rory, unsurprisingly for him, removed.