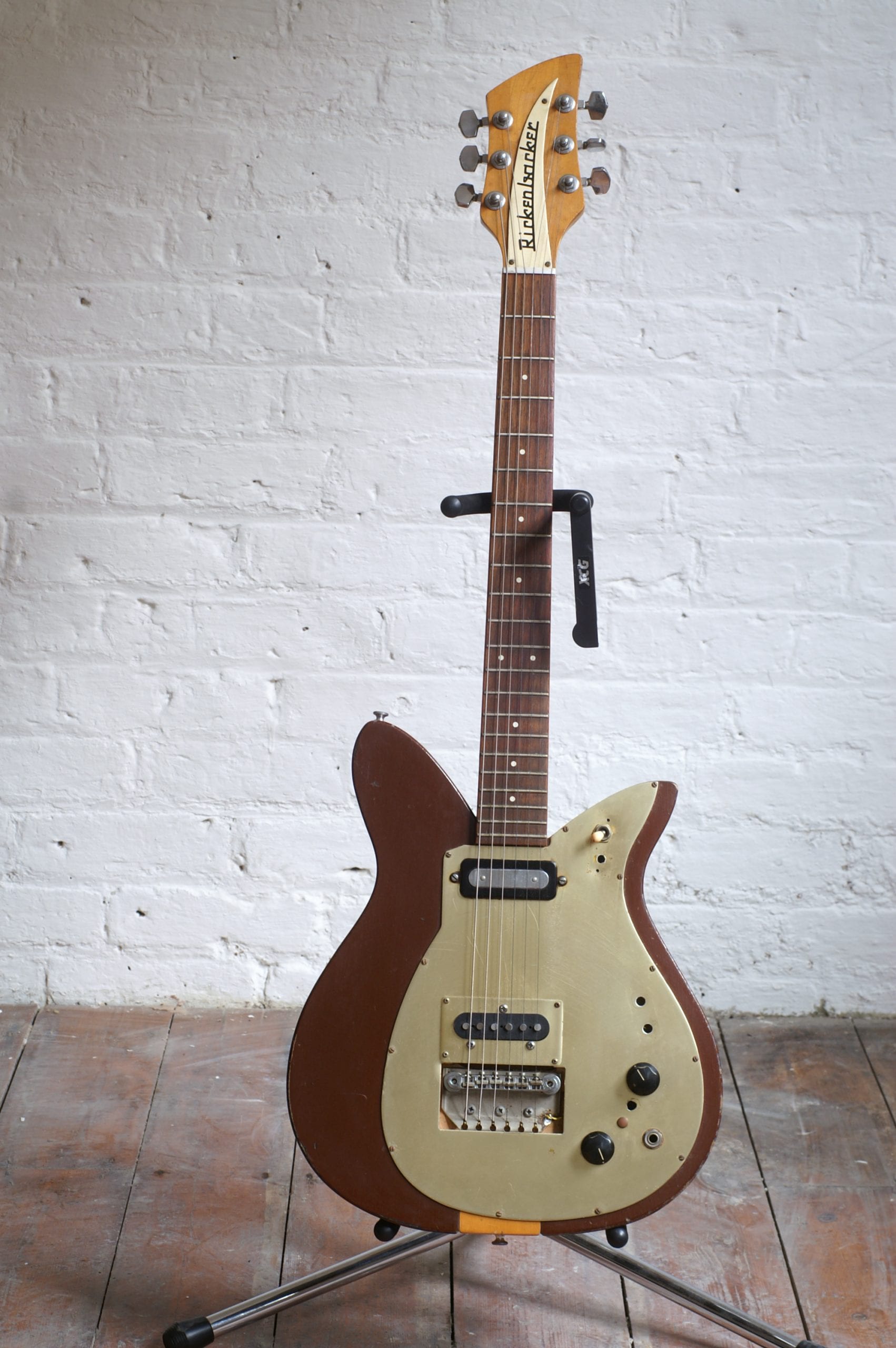 Rory had an eye for the unconventional and the unusual too, long before weird pawn-shop guitars were dragged into the mainstream by the likes of Jack White and Dan Auerbach. One such oddity is a late-50s Rickenbacker Combo 400 – with its gold anodised scratchplate and a back covered in a grey non-slip material made of a mix of horse hair and enamel paint designed to stop the guitar moving around, it’s certainly a curious guitar and perfectly at home in Rory’s collection.

“An old Rickenbacker, older than the one John Lennon had. It’s a short scale, which makes it slightly annoying because I like a full scale guitar”

In 1956, the Rickenbacker Combo 400 was launched. A student model, this instrument was the first to feature the, now iconic, ‘tulip’ double cutaway body shape. More significantly, however, the guitars featured a neck-through-body design. This meant that the neck extended from the headstock right through to the heel of the guitar, with the sides attached to give the instrument its ‘guitar’ shape. This feature would become a detail for which Rickenbackers would become renowned.