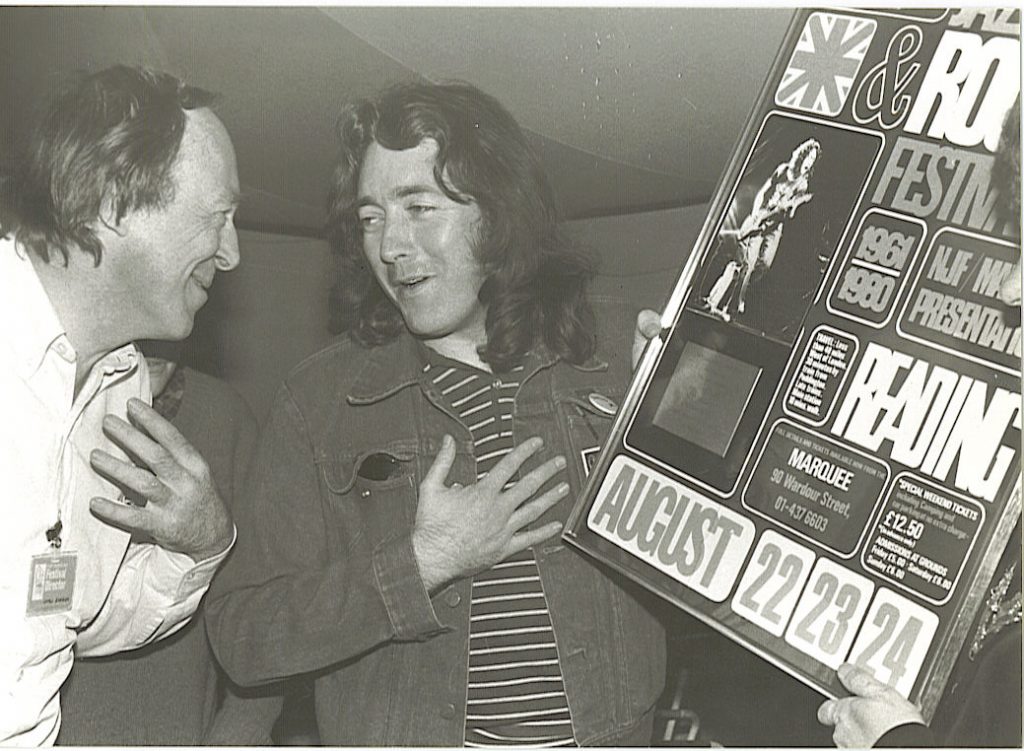 March 2, 2021
I was deeply saddened to just learn of the passing of the great musician Chris Barber and convey my heartfelt condolences to his family. Chris was like a god-father figure to Rory and I, introducing us to blues and jazz, via his BBC radio show, in the 1950s, he then had Lonnie Donegan as his banjo player in his band’s stellar line-up too. 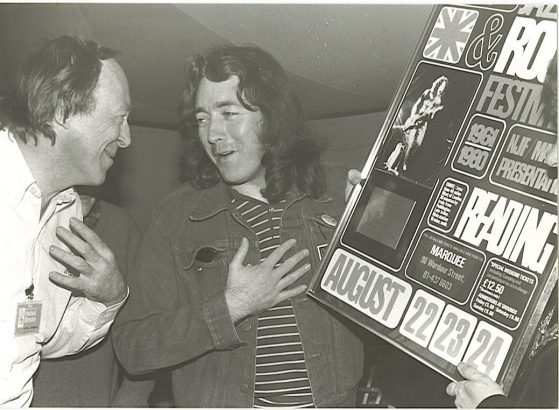 As co-owner of London’s Marquee Club and founding of the National Jazz and Blues Festival (which morphed into the Reading Festival), introducing Muddy Waters, Rosetta Tharp, Sonny Terry & Brownie Magee and many others to European audiences, Chris was key to the evolution rock and popular music.
This genial gentleman took interest in Rory when my brother first played at the Marquee Club, as he always had an ‘eye out’ for ‘blues’ talent, added to the fact his then jazz singer wife Ottley Patterson from Belfast had helped inform her husband of this new young blues player who had arrived into town with Taste.
In fact, on one of Rory’s early appearances at the Club, I tried to turn away this trombone player who had arrived for a live jam with Taste, thinking he was a cast-off from the old Irish showband scene. Learning of my error, big brother soon put my back in my box, explaining how close slide guitar and that brass instrument where. From there on the friendship blossomed, with Chris inviting Rory to feature on his 1972 ‘Drat That Fraddled Rat’, album.
There were various encounters between the two musician’s over the years, notably when Rory did a few tour dates with Chris Barber and his band, which fortunately had been recorded and tracks feature in both artist’s releases.
When my brother passed on, I still had Chris’s friendship and assisted with the making of a documentary on him, for Christian Wagner (Rockpalast / German Television), some of which was filmed at the 606 Club, London on Barber’s 73rd birthday. There I learnt from racing driver Jacky Stewart, that he had tried to persuade Chris to become an F1 driver, such were the musician’s abilities.
When receiving a ‘Classic Rock Award’ ( on Rory’s behalf for Kickback City ), Chris was the first person to offer his congratulations. 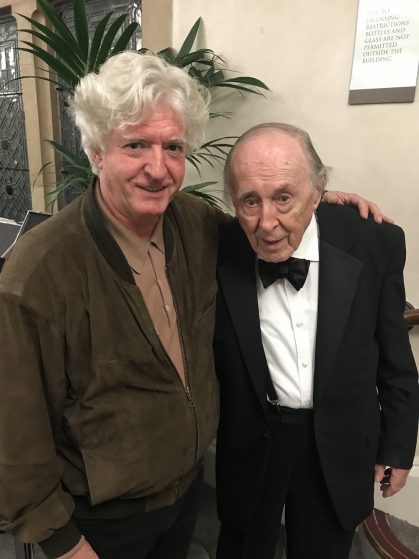 May 2018, was the last time I got to see the Jazz & Blues legend play, at London’s Cadogan Hall, after the show, I was amazed that he would stand at the venue’s door and greet the many fans he had, as they headed home.
Dear Chris would call me now and again, particularly about the tracks he and my brother had recorded, though his conversation would become an education for me about his pioneering tours of America, swopping visas with Louis Armstrong’s band and touring there in those heady days.
There’s never a good time to say goodbye, in particular on Rory’s birthday, so, I’ll just say fare thee well Chris, bless you and thank you.
Dónal
Back
This website uses cookies to improve your experience. We'll assume you're ok with this, but you can opt-out if you wish. CustomiseACCEPT
Privacy & Cookies Policy