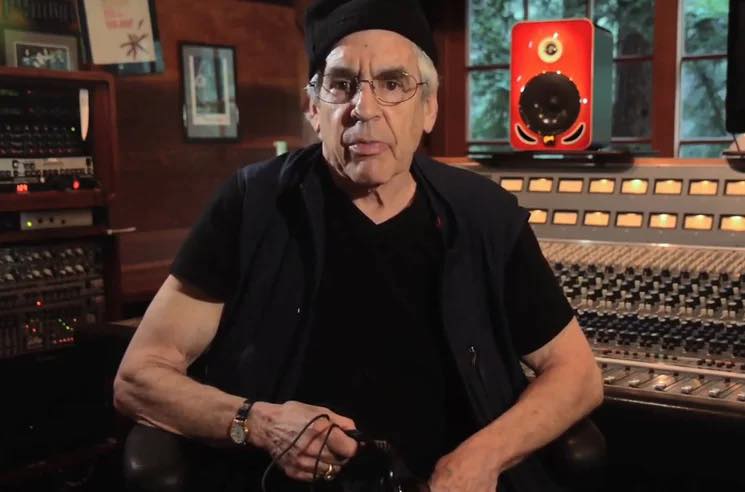 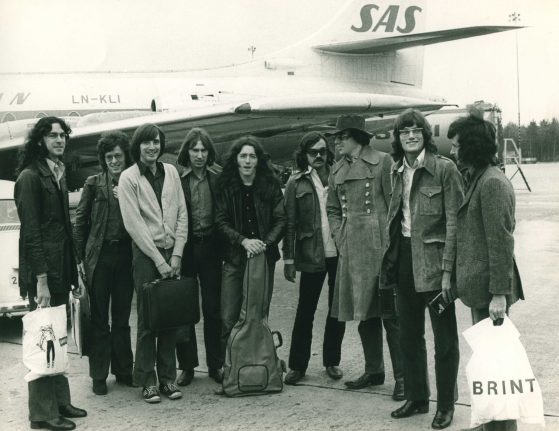 Elliot Mazer (3rd from right) with Taste and Jake Holmes

My brother and I first encountered the genial Elliot, back in late 1970. Mazer had travelled over from the U.S. as producer to Jake Holmes ( accompanied by session guitarist Teddy Irwin – Elephant’s Memory), Holmes was promoting his new Polydor album, by being a guest on Taste’s final tour.

To me, Elliot resembled the look of a member who had just left The Lovin’ Spoonful !

Rory being an admirer of Elliot’s work with Area Code 615, he and Elliot soon struck up a good friendship, with Mazer discussing how my brother might travel out to the U.S. to record his first album there, when all the management and contractual issues that ‘dogged’ Rory at that time were resolved.

Though events and timings didn’t allow for such an album to happen at that time, Rory always held that ambition. They met up again, in 1976 , when Rory was performing in San Francisco, meantime, Elliot was preparing to record The Band’s ‘Last Waltz’, at the Winterland venue. Mazer was keen for my brother to stay, hang-out and jam over that Thanks Giving Weekend but my brother had already committed to travel down to Texas, at the invitation of Z.Z. Top and guest on a weekend of shows with them.

Finally, plans for a U.S. album came to fruition, with Rory and his band encamping in late 1977 at Elliott’ His Master’s Wheels studios, Bay area studio. Despite the time, great music and fun spent in the studio, my brother was unhappy with the results and set the record aside. Following the session there, several changes were made by Rory, which included the dis-banding of the musicians.

Following my brother’s passing (1995), Daniel approached me about the ‘abandoned’ album and asked if he could connect with Mazor and see if the ‘album’ could be brought ‘in from the cold’, as it where and successfully saw to it’s release, as “Notes From San Francisco” in 2011.

This project reacquainted me with Elliot when travelling out to New York for a Rory tribute there, affording us to chat about times passed and whats, if and maybes of life.