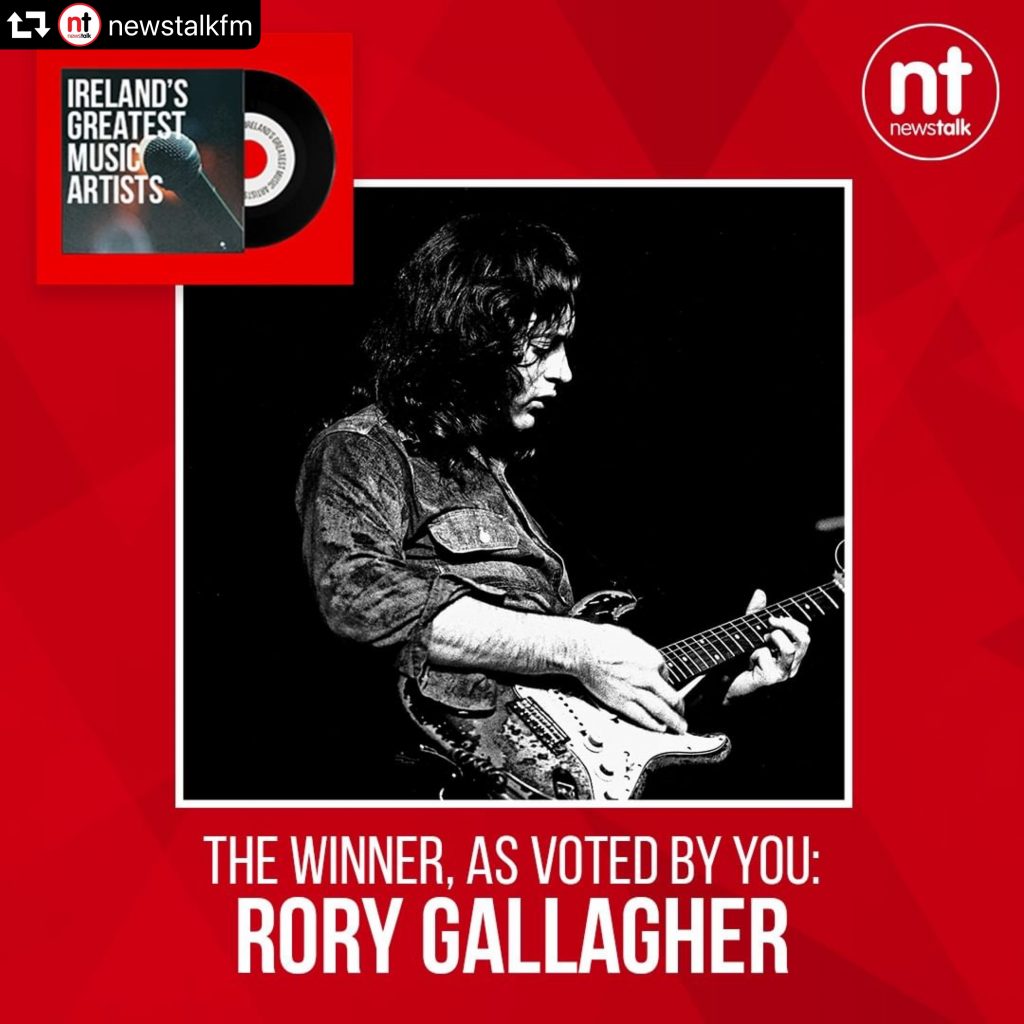 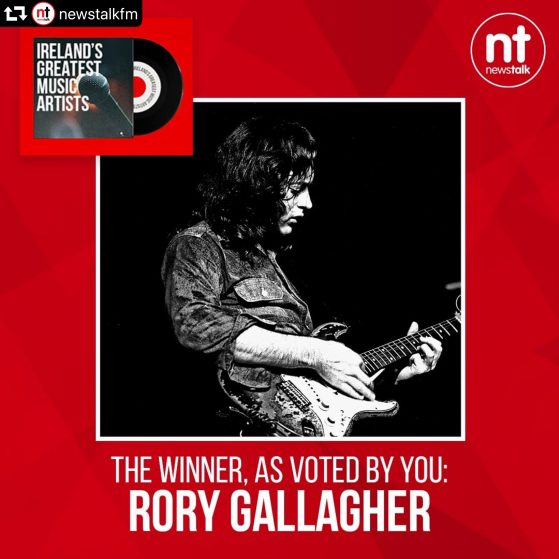 The musician beat off strong competition from the likes of Thin Lizzy, Van Morrison and Christy Moore to take home the title.

The nominees were based on submissions from Newstalk listeners and a carefully selected panel of experts.

All ten were promoted by different people form the Irish music scene over the past week while listeners voted on their favourite.

Gallagher, who legend has it was named the world’s best guitarist by Jimi Hendrix, was born in Donegal and raised in Cork.

He formed the band Taste in the late 1960s before embarking on a hugely successful solo career.

He is perhaps best known for his two seminal live recordings Live in Europe and Irish Tour 74 and the 1971 classic Deuce.

Gallagher died at the age of 47 following a liver failure in 1995.