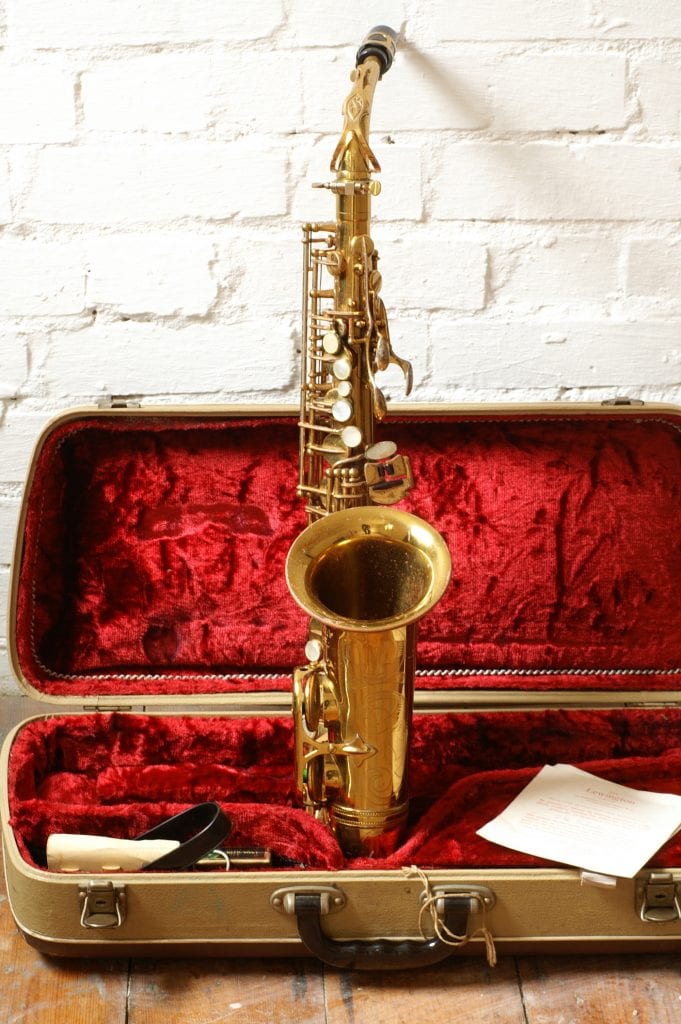 Rory bought this Saxophone ahead recording the Taste album ‘On The Boards’, on which he played the sax on the songs ‘On The Boards’ and ‘It’s Happened Before, It’ll Happen Again’.

“I still play bits and pieces. On Tattoo, it’s on “A Million Miles Away.” There’s a little hit on “Hands Off,” and “Seventh Son of The Seventh Son.” When I started playing it, I was going to play actively on stage; two guitar to one sax number, about that, but my interest in sax ebbed a bit. I was going through a jazz phase, very fanatical, back in ’69-’70.. I’m going to resurrect it one of these days. Playing sax with just bass and drums; it’s alright if you’re Ornette Coleman, but when you’ve got to take your guitar off and pick up a sax…”