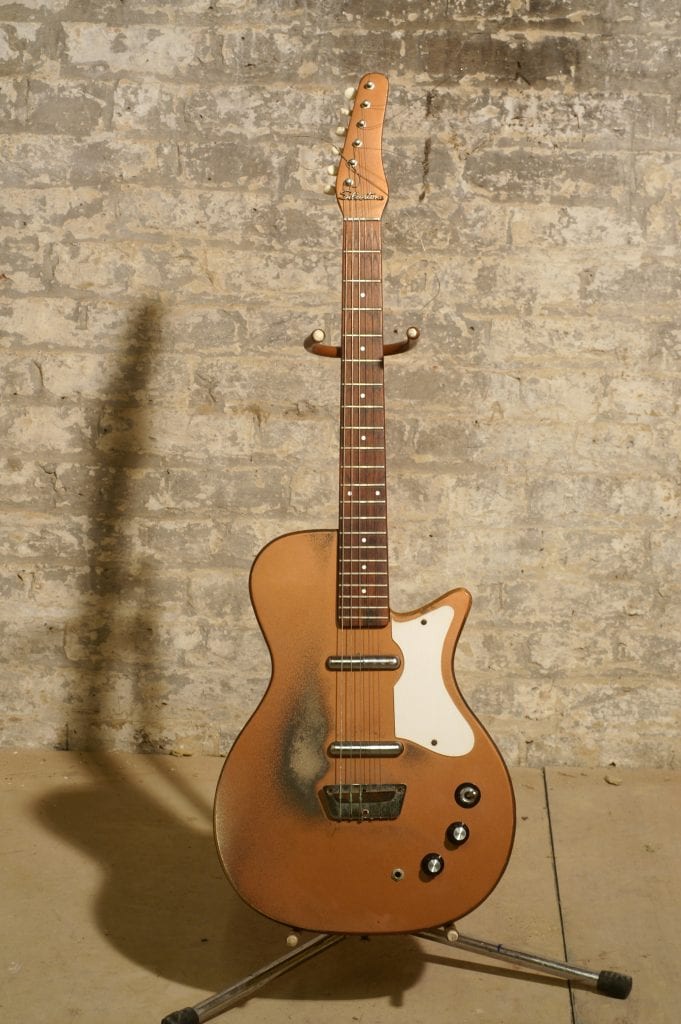 Rory used this late 1950’s – early 1960’s Silvertone 1323 guitar during the Tattoo album sessions, it featured in particular on the classic tracks ‘A Million Miles Away’ and ‘Cradle Rock’.

“In America, if you looked in the old pawnshops in the old days… I found a fifteen dollar guitar, a Silvertone, which is a Danelectro, and I recorded “A Million Miles Away” and “Cradle Rock” on that guitar. So I spotted these things earlier than others. Now it’s different, because everyone’s sharp: they see you coming! When you say; ‘Can I have a look at that Danelectro?’, they think: ‘Oh, this guy is from Europe, he can afford to pay a thousand dollars or something.”