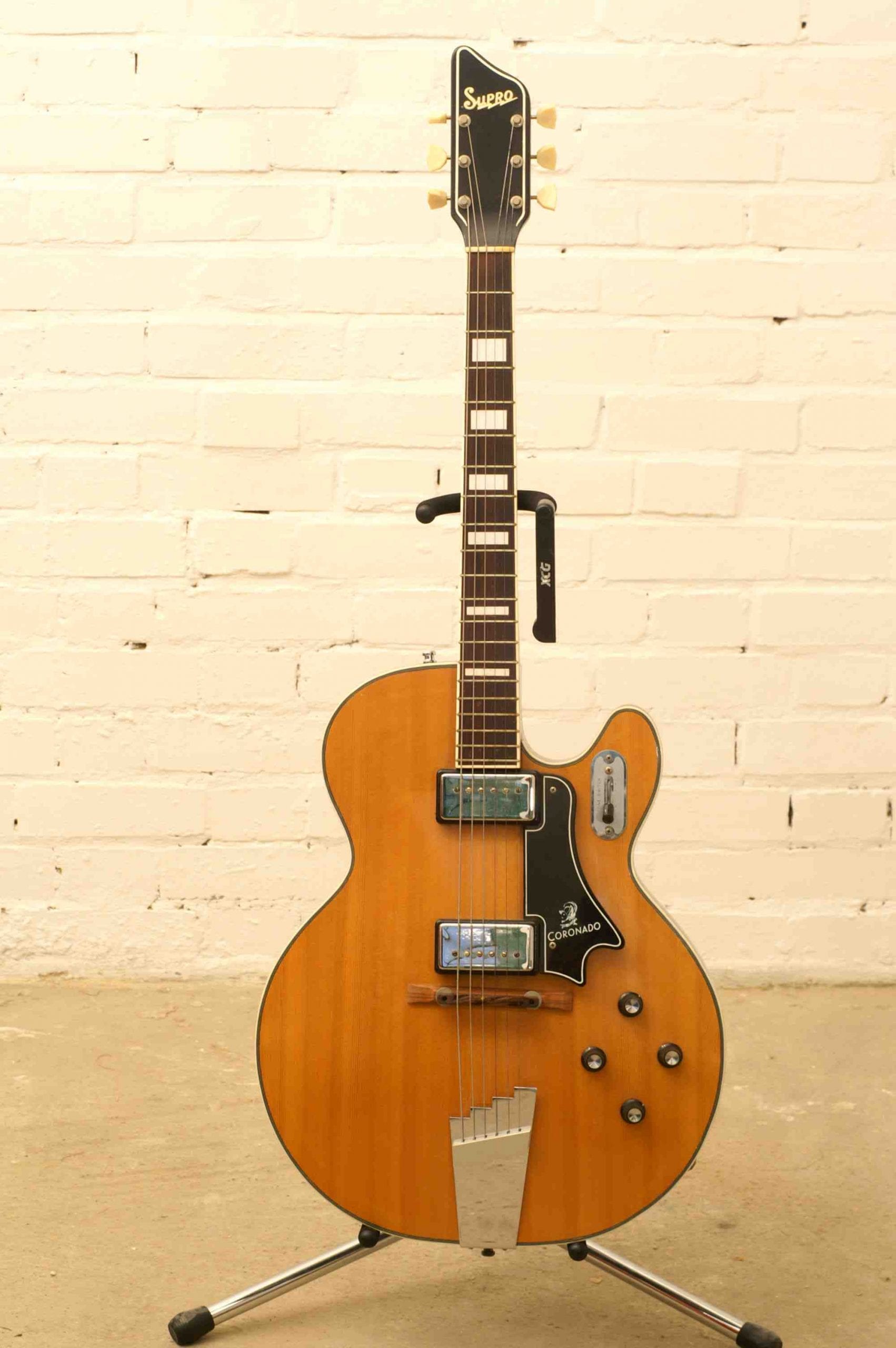 The Supro / Valco Coronado was one of a large number of models built in the early 1960’s by Valco under the Supro and National names. Headquartered in Chicago, Illinois due to that city’s central location for manufacturing and distribution, Valco was the heir to the National and Dobro companies. They made musical instruments and amplifiers for many other companies including catalog giants and Gretsch, until the company’s demise around 1967.

The Coronado was built in several forms. In 1960 and 1961 it was as seen here, with a sealed arched Spruce top with a pair of single coil pickups in humbucking sized covers.