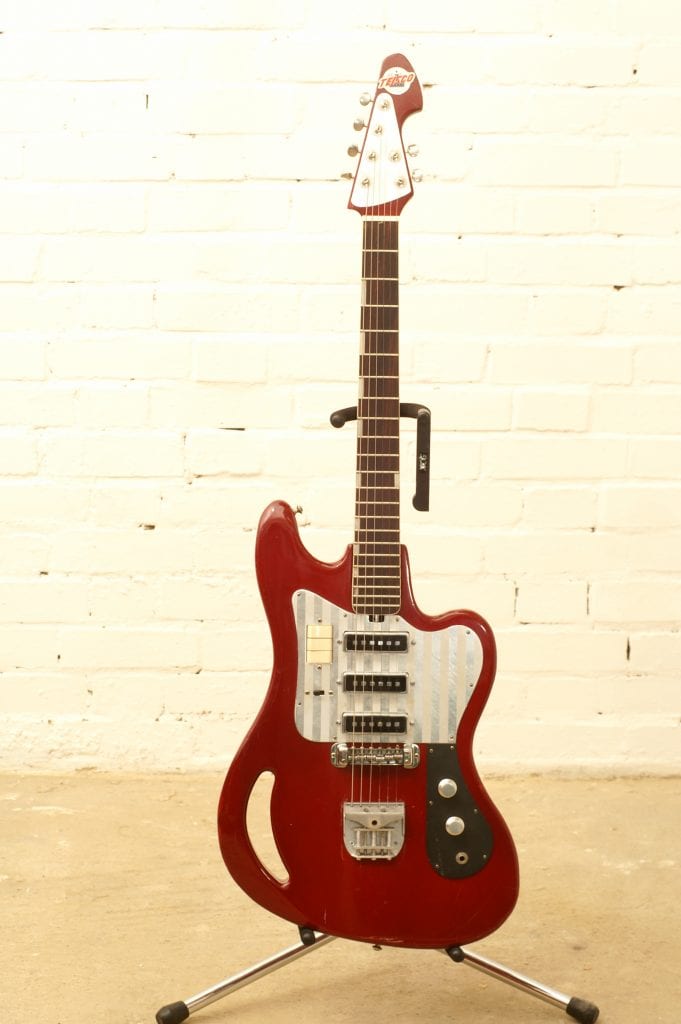 This leftfield electric comes from Teisco, a Japanese budget brand which during the mid 1960s was bringing its eccentric design approach to guitars such as this offset. When he was on the road, especially in America, he would just go into pawn shops and buy these odd types of guitars such as Kays, Harmonys, Tokais and Teiscos.

The TG-64 first appeared with all the trimmings of the other early/mid 60’s Teiscos of the day with a blank aluminium scratchplate and early plate style vibrato initially and the “monkey grip” in the body., however it was introduced with the new 4/2 headstock, originally with a more Fender round end, and then quickly moved to the more common “hook” end, but never carried the 6 a side from previous models. The scratchplate was always a two piece with the control part being black anodised aluminium,