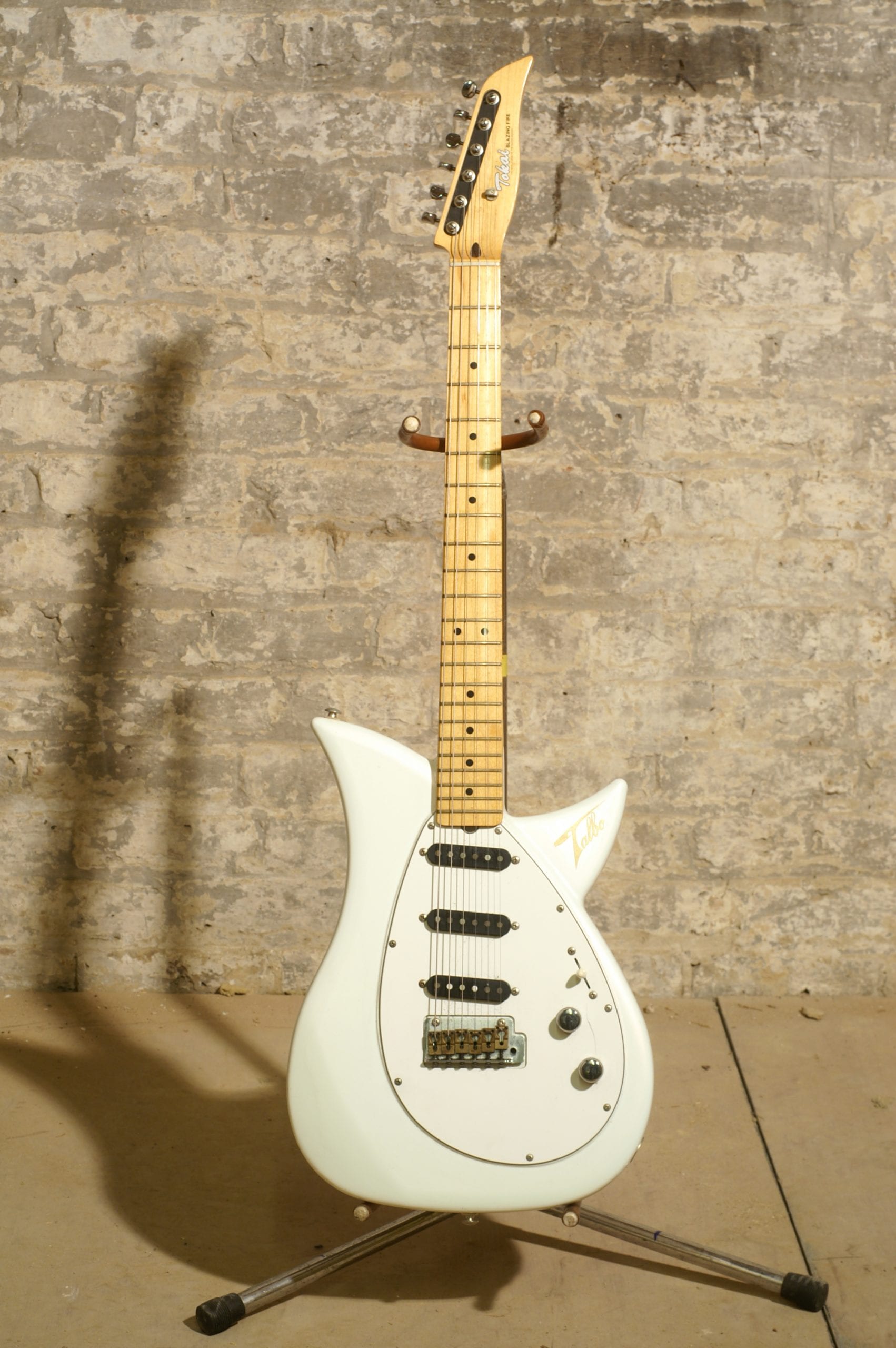 Rory used this Tokai on the track ‘Road To Hell’ from his Defender album:

“Rhythm guitar was the Gretsch Corvette. We wanted to build it up without turning it into an orchestra thing, so I added a dulcimer instead of acoustic. Lead guitar was a white metal body Tokai Talbo -a very under-rated guitar. That went through an octivider – there’s that inconsistent harmonic in them. And if you play harmonics with your nail as well, you can get all three going.

By the early ’80s, Tokai had progressed to producing superb replicas of a range of historic American guitars, true to both the originals’ physical specifications (neck profile, colors) and sound.

Armed, no doubt, with the sophisticated expertise it acquired in developing these accurate copies, Tokai turned to creating a guitar unique unto itself. The result was the Tokai Talbo Blazing Fire, which commenced production January, 1982. Talbo is actually an acronym for Tokai Aluminum Body.

Made of cast aluminum alloy AC-4B, which is commonly used in racing car engines, the Talbo’s design is simple and elegant, combining new and traditional elements. Basically, it’s like two superimposed teardrops with the tips pointing right and left to yield a bi-level, sculptured double cutaway. This version has 3 single coils pickups.