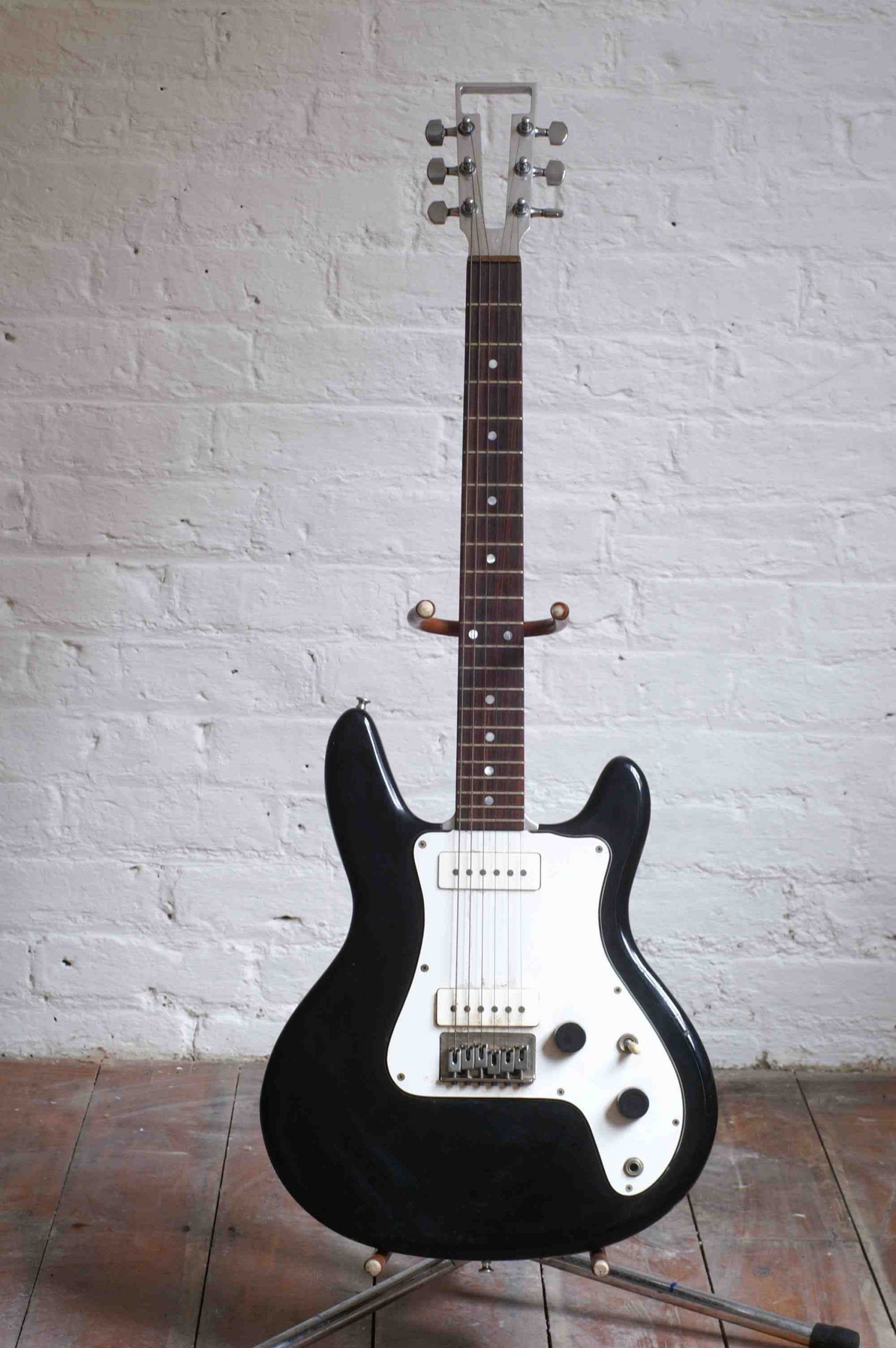 “Yes, I tried a Travis Bean. They gave me one of those, luckily, but I haven’t been able to come to terms with it yet. It’s quite a heavy guitar for walking round the stage with, but it’s a nice guitar, got that infinite sustain.”

The TB500 model guitars were produced from 1976 . Only 351 of these guitars were manufactured and the first nine guitars were quite different from the balance of production. These had 1 3/4 thickness bodies but the aluminum body extension was set in from the top rather than sliding into the middle of the body and being exposed at the back. These guitars had uncoated necks and the bodies were much more square than later production. Most of these first 500’s went to performers like Jerry Garcia and Rory. Rory’s is serial #17, Jerry’s #12 (all numbers of TB lines started at  serial number 11).