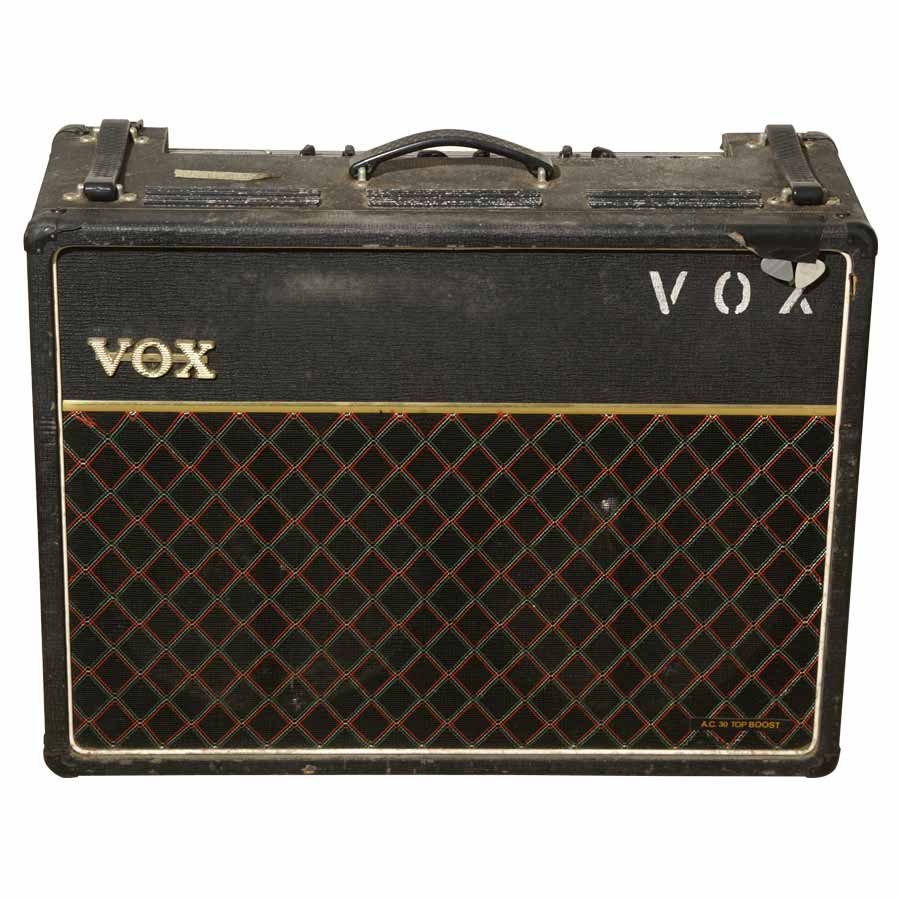 Rory was a huge fan of the Vox AC30 amplifier. He started using one when he went ‘professional’ in 1963 with the Fontana Showband.

“When I joined the showband, after a few months I got a Strat…and borrowed a Vox AC30 from the bass player in the band.”

“They are the most reliable amp … really, very loud, and solid – although they do need a little bit of something … like a treble booster, I reckon. Somebody worked it out once that they give closest to the true wattage; they give 28 watts of real power, whereas some other makes only give 55 that are supposed to be one hundred watts. And they have a certain arrogant kind of tone, particularly if you get a nice treble booster like a Rangemaster. You can get amazing sounds out of them. Anyway, of course, The Shadows were using them, and that was an instant encouragement, an endorsement.” November 1974 http://www.roryon.com/gadget250.html

Rory had several Vox AC30’s in his collection (more pictured below) and would vary his live rig over the years switching bringing in Fender, Marshall and Ampeg amps but more often than not the AC30 was part of the setup. 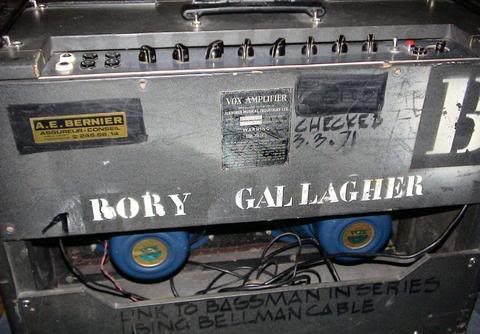 “When it comes to amps I tend to vary things about every six months. I started with a Vox AC30 combo, and that model is still in my set-up, but I go through different phases when it comes to the other amps I use. At the moment, though, I’m still using my Vox AC30 with a Vox 50-watt combo as my third amp. My second amp is a 4 x 12 Marshall speaker cabinet with a converted 100-watt bass amp. I really only use the Marshall to give my sound some body because I usually hear myself through the Vox for the most part.” November 1988 http://www.roryon.com/power.html

Rory with his Vox AC30 live in Hamburg, 1971. Photo by Heinrich Klaffs.