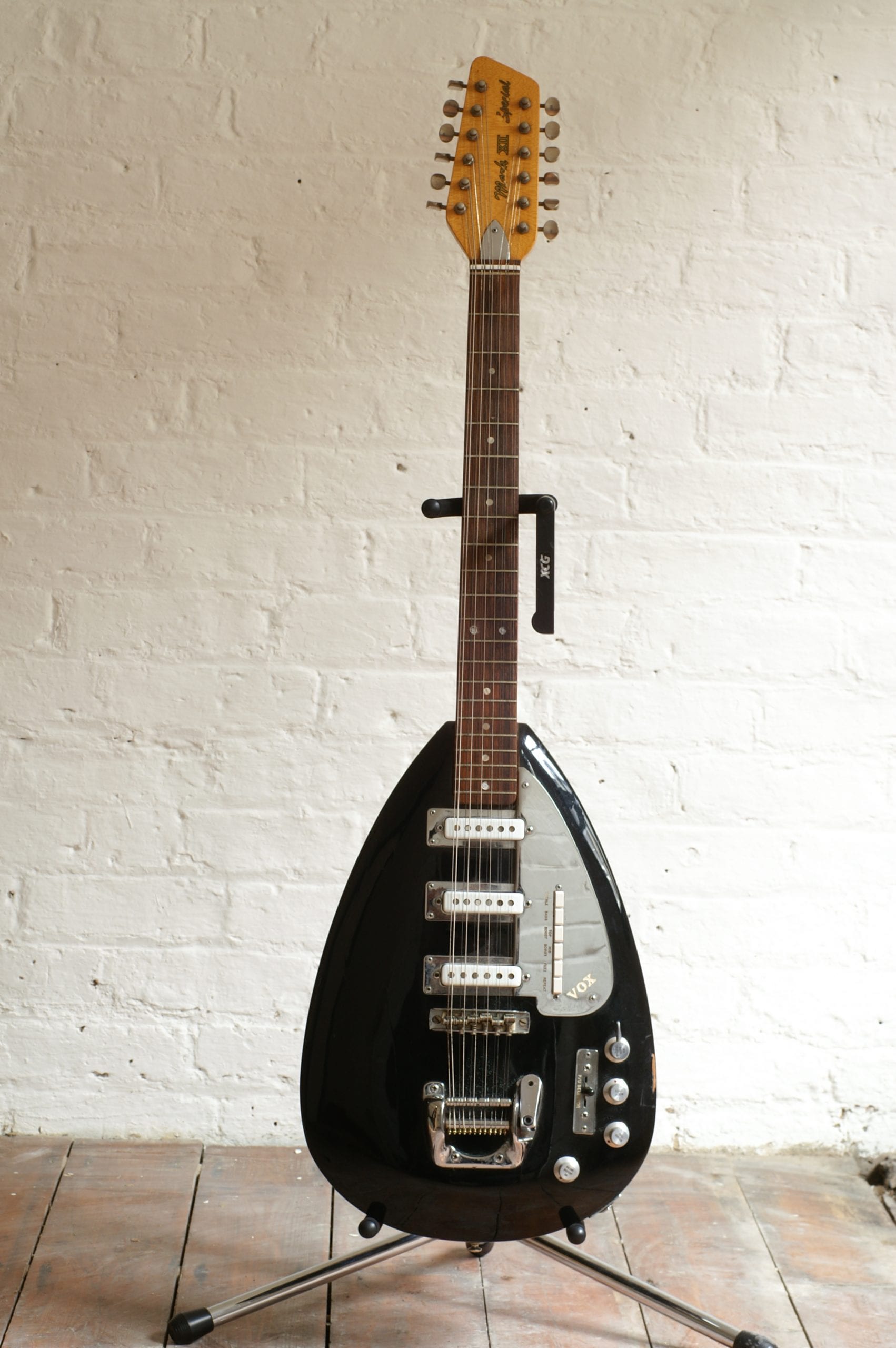 Rory would’ve picked up this electric 12 string guitar because he was a big Brian Jones fan. Brian was the first person Rory ever saw playing slide guitar and that had a big, big impact on him.

Rory used this 12 string Vox for rhythm guitar parts in the studio:

“I have another very singular one. It is a Vox Phantom, Brian Jones used to use one a while ago. The body is shaped like an egg. The one I have has 12 strings and has supplies like mid range adapters, fuzz and repeat built in. The only difficult part is the placement of the push button switches. They are placed on the rhythm plate and therefore they are very much in the way during playing. I would like to change that because otherwise it is a very good instrument. Guitars with 12 strings are very suitable for rhythm guitar work.”

“I’ve got this old Vox 12-string from the days of Beatlemania, which I’ve had for a couple of months. It’s got an out of phase switch, you pull this up and it turns on this whole section. This I’ve turned into a tone control instead of a repeat tremolo thing, which isn’t quite effective. The fuzz is quite good, but fuzz on a 12-string is unnecessary. Treble, you need, bass you need, top boost you might need. The mid boost is very good, flick this on and you get three positions which I haven’t seen on any guitar yet, but if you had this on a Stratocaster . . . the only thing is, with a battery inside it and a surge of power, you’re a little bit up and down on batteries. But I’ll use this for recording, I’ve used it on stage once or twice.”